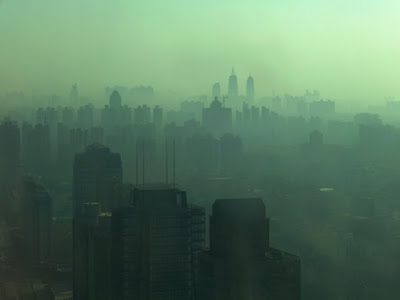 The need for climate legislation is based upon a wide body of scientific evidence that shows global warming is happening now and warns of climactic changes as that warming continues.

Skeptics and some in the fossil fuels industries have joined forces to claim that the climate science is invalid, hoping to decrease public and Congressional support by tainting the foundation for legislation.

In many ways, their disinformation campaign carries similarities to the tactics of the tobacco industry that "misled the public about the scientific evidence linking smoking to lung cancer and heart disease," the Union of Concerned Scientists notes in its report Smoke, Mirrors and Hot air: How ExxonMobil Uses Big Tobacco's Tactics to Manufacture Uncertainty on Climate Science."

James Hoggan's book Climate Cover-Up: The Crusade to Deny Global Warming further investigates how disinformation campaigns by several groups may be linked to decreasing support by the public according to opinion polls.

"Those that have opposed a deal on climate, which would include elements of the fossil fuel industry, have clearly made making a 2C target [limiting the temperature rise to no more than 2 degrees Celsius above pre-industrial times] much, much harder, if not impossible," Watson told the Guardian. 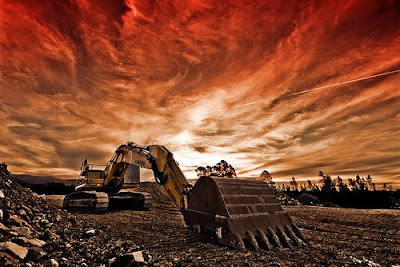 Should there be legal accountability when people intentionally mislead the public given the gravity of the harms to people and environment caused by global warming?

Some have answered yes by filing lawsuits seeking to hold deniers legally responsible for a civil conspiracy. The legal theory is that the defendants intentionally presented disinformation on the existence of climate change and its impacts in order to mislead the public and the government to prevent any regulation of greenhouse gases. This deceit prevented or delayed remedies to address global warming impacts occurring today, and those impacts harmed the plaintiffs.

The Fifth Circuit Court of Appeals, in Comer v. Murphy Oil, upheld the right of residents and landowners of the Mississippi Gulf coast to proceed with a putative class action against 30 oil and gas companies seeking compensatory and punitive damages based on nuisance, trespass, and negligence.

The plaintiffs alleged that defendants emitted greenhouse gasses that contributed to global warming that caused rising sea levels and increased the intensity of Hurricane Katrina, resulting in the destruction of public and private property.

The complaint also alleged that certain defendants knew for many years about the dangers of greenhouse gases, yet disseminated misinformation to paint global warming as theory rather than fact in order to decrease public awareness and divert public policy from the need to restrict emissions.

The conspiracy "delayed and otherwise interfered with individual and government action to address global warming, and consequently contributed to plaintiffs' injuries ...," the complaint states.

While the court upheld the right to seek damages, however, it rejected the civil conspiracy claim due to prudential standing that bars "adjudication of generalized grievances" that are common to all citizens and therefore more "appropriately addressed in the representative branches."

Civil conspiracy was also alleged by a community of about 400 Alaskan villagers who are being forced from homes by climate-related changes in the Arctic Ocean.

Similar to the Comer case, the inhabitants of Kivalina sued oil and energy companies for damages based on a nuisance claim for defendants' excessive greenhouse gas emissions that caused climate change impacts harmful to the village.

Global warming has now diminished the Arctic sea ice that functioned as a barrier, exposing Kivalina to coastal storm waves and surges that have eroded the village into an uninhabitable state requiring relocation at a cost between $95 million and $400 million, government studies estimate.

The gravamen of the complaint in Native Village of Kivalina v. ExxonMobil is supported by a Government Accountability Office report that cited studies indicating that rising temperatures are partially responsible for flooding and erosion impacting coastal villages. Rising temperatures have also "affected the thickness, extent and duration of sea ice" that protected coastal villages from waves, storm surges and erosion, the report states.

The Kivalina complaint alleges that oil and energy companies used front groups to mislead the public about climate change science. It discusses how the energy companies "formed and used front groups, fake citizens organizations, and bogus scientific bodies" to publish disinformation on global warming, "prop up discredited studies" to deny the scientific consensus and downplay the severity of global climate change.

The federal district court dismissed the Kivalina case based on the defendants' argument that it involved a political question properly dealt with by the legislative or executive branches. The case has been appealed to the Ninth Circuit.

Legal theories used in the U.S. can be catalysts for activists around the world to use similar legal theories to hold corporations responsible for climate change impacts. Damage claims and settlements can be more costly than changing the nature of the industry.