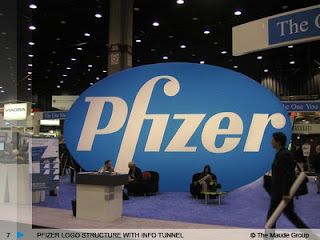 Research is conducted on all approved drugs so that they are safe to use. But, what happens when science fraud occurs?

The latest in a string of science fraud actions concerns the drug giant, Pfizer, who pleaded guilty to felony crime in fraudulent marketing of Bextra and paid billions in fines, and is under the gun again in class action lawsuits against an alleged Pfizer coverup for Lipitor.

According to a study of 16 research reports about Neurontin, Pfizer unlawfully removed, altered, and changed published study findings that revealed unfavorable results.

Pfizer practices a strategy that most, if not all, drug companies employ. Following the approval of one of their drugs for a specific use drug companies will continue sponsoring clinical trials on other possible uses in order to expand their drug market.

Though not technically allowed to market their drugs for unapproved uses, drug companies can and do distribute information to medical professionals about the results of these additional studies that favor expanded drug uses.

Studies in medical journals are industry-funded research trials, so they can be altered, forged, and manipulated to suit the cause, as was the case with Pfizer. The pressures of bottom line profits may be the impetus, but it's the consumer who may suffer when taking a drug that has negative results.

How do we know science fraud is taking place?

If a drug company wishes to change the goal of a particular study once it has begun, it must be done formally through an official amendment. The fact that most of the time this does not happen indicates that deceitful activity is taking place.

What is the solution?

Mandatory submission of study protocols and primary endpoints when companies register clinical trials in the public database; this will hold drug companies accountable and eliminate the tendency to alter data through dishonest means.

Boycott Pfizer drugs; ask your health care practitioner to prescribe a similar drug
Contact your representatives in Congress and ask them to get drug ads off the TV; they minimize negative effects of drugs to enhance profits of drug companies

Continued prosecution of drug companies may be a partial solution, but who will help the poor patients who have faith in their prescribed drug, only to suffer terrible side effects no one told them about?

To show this is not a one-time occurrence, or the province of only Pfizer, turn on the TV to see the legal ads for people who have taken drugs and suffered cruelly because of unrevealed side effects.

Sources for this story include