"During the Chilean coup, agents of the CIA ... played a still undefined role in the murder of a young American journalist named Charles Horman. ... For many years the American people, including Horman’s wife and parents, were unaware that CIA agents had participated in Horman’s murder. [They] didn’t know that the U.S. government had participated in the murder, in large part because U.S. officials steadfastly maintained that they had played no role in [it]. ... "

Murder is Murder, Whether by Pinochet or the CIA
by Jacob G. Hornberger
http://mwcnews.net/content/view/34923/26/ 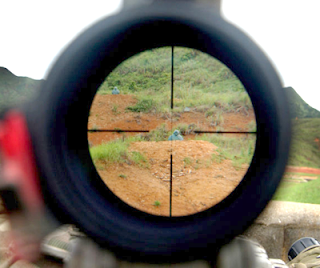 Thirty-five years after military strongman Augusto Pinochet took power in a coup in 1973 in Chile, the Chilean people have just discovered that Pinochet ordered the murder of former Chilean president Eduardo Frei Montalva. Even though Pinochet is dead, criminal indictments have been issued against people who allegedly participated in the assassination.

Of course, Chileans know that immediately after Pinochet took power, his goons rounded up thousands of Chilean citizens, and incarcerated, tortured, raped, and executed many of them, on grounds of national security.

They also know that the intelligence force that Pinochet founded, DINA, went into foreign countries and killed people, again on grounds of national security. An example was the assassination, on national-security grounds, of former Chilean official Orlando Letelier, who was assassinated on the streets of Washington, D.C., along with his American assistant Ronni Moffitt.

But killing a former president of the country? Even Chileans must be a bit shocked over that one. As John Dinges, author of The Condor Years: How Pinochet and His Allies Brought Terrorism to Three Continents put it, “I’m the last guy who is going to be shocked by the stuff Pinochet has done, and I’m shocked. ...

In 1981, Frei, who served as president of Chile from 1964 to 1971, died in a Chilean hospital after being operated on for a stomach ailment. The cause of death was described as septic shock from a stomach hernia operation.

Recently, Frei’s body was exhumed and it was discovered that while he was in the hospital, he was poisoned with mustard gas and thallidium.

No doubt there are those who are saying, “That happened a long time ago. Time to move on.” But give credit to Chilean officials, who obviously believe that murder is murder and that it is wrong to “move on” without bringing the perpetrators to justice, no matter how much time has passed.

If only U.S. officials felt the same way. 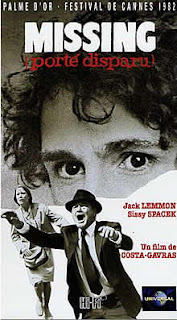 During the Chilean coup, agents of the CIA, who have long denied participating in Pinochet’s coup, played a still undefined role in the murder of a young American journalist named Charles Horman. The story of Horman’s murder was later made into the movie Missing, starring Jack Lemmon and Sissy Spacek.

For many years the American people, including Horman’s wife and parents, were unaware that CIA agents had participated in Horman’s murder. They knew that Horman had been murdered by Pinochet’s goons but they didn’t know that the U.S. government had participated in the murder, in large part because U.S. officials steadfastly maintained that they had played no role in the murder.

It turns out that those representations were false and were known to be false at the time they were made. In 1999, the U.S. State Department finally declassified a document that showed that U.S. officials had been lying the entire time. The memo admitted that the CIA had played “a role” in Horman’s murder.

We don’t know. For that matter, we don’t even know who “they” are. We don’t know anything, and what’s pathetic is that U.S. officials don’t want us to know.

Has the U.S. government ever appointed a special prosecutor to investigate and go after Horman’s murderers?

Has the U.S. Congress ever called hearings to determine how Horman was killed and the identities of those who participated in the murders?

Unlike the Chilean attitude, the U.S. attitude is: “That happened a long time ago. Let’s move on. Let the murderers rest in peace.”

Like I say, pathetic. Murder is murder and should be investigated and prosecuted regardless of passage of time and identities of the perpetrators. Chilean officials know that. Unfortunately, U.S. officials don’t.
Posted by Alex Constantine at Friday, December 11, 2009