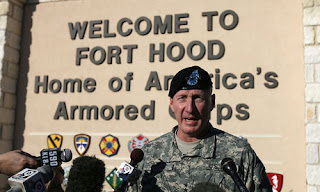 I’m almost ready to post my next working thread on the EFF documents. But pages 121 through 125 of the OLC2 set deserves its own post.

It’s basically an email from Chris Donesa, a Republican HPSCI staffer, to a bunch of people at DNI, DOJ, and NSA who had been involved in the Protect America Act passage, followed by a letter Crazy Pete Hoekstra sent to NYT’s Bill Keller. He includes the message, “Happy Tuesday to all” as the only explanation.

The copy of Crazy Pete’s letter in the EFF documents is hard to read, but luckily Crazy Pete sent a copy to Human Events, too. Crazy Pete’s letter is, in turn, a response to an editorial the NYT ran after Congress caved on the PAA and a James Risen article reporting on what the legislation actually did.

Crazy Pete claims to refute the editorial and (more importantly) the Risen article.

Only, the EFF document dump makes it clear that Crazy Pete is, um, lying his ass off.

Every single one of Crazy Pete’s “refutations” completely avoid the charges made by the NYT, even while hiding the now provable fact that the NYT was absolutely correct. For example, this “refutation:”

• Misstatement and Exaggeration: “[T]he court’s only role will be to review and approve the procedures used by the government in the surveillance after it has been conducted.”

o Facts: This is a false and selective characterization of the plain provisions of the law. Third parties who are asked to assist the intelligence community under the law may challenge the legality of any directive by filing a petition with the FISA Court.

Much of the discussion leading up to passage of PAA, we now know, involved preventing prior court review at all cost. And the FISCR ruling released earlier this year–on a PAA generated order–makes it clear that even when a service provider did challenge an order, all the court did was to “review and approve the procedures” the government used.

So, let me repeat. Crazy Pete Hoekstra was lying–apparently at the behest of the NSA and DNI. Just if all that wasn’t already clear. 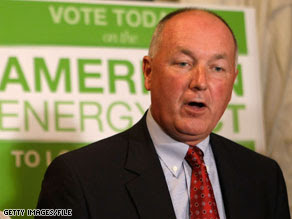 But that’s why I find Crazy Pete’s objections to this Risen passage so interesting.

Congressional aides and others familiar with the details of the law said that its impact went far beyond the small fixes that administration officials had said were needed to gather information about foreign terrorists. They said seemingly subtle changes in legislative language would sharply alter the legal limits on the government’s ability to monitor millions of phone calls and e-mail messages going in and out of the United States.

I’ll treat the first three of Crazy Pete’s “refutations” one by one.

FISA is an extremely complex statute that is difficult enough to understand and apply even when it is not being deliberately distorted. Unfortunately, instead of reading the law, the New York Times chose to make up new assertions wholly unsupported by the facts. This did a disservice to our intelligence professionals who are attempting to keep America – especially prominent targets such as New York – safe.

This passage makes no concrete refutation of Risen’s claim at all. Rather, it instead insinuates that Risen was attacking intelligence professionals, but does not show his claim to be false.

The new law plainly and expressly provides that surveillance must be “directed at” (targeted to) a person reasonably believed to be located outside the United States. Under well-established FISA practice and precedent, this only permits surveillance of foreign targets on foreign soil, not Americans on American soil. The Intelligence Community must develop procedures to ensure this is the case, and those procedures must be reviewed by the FISA Court.

Here, of course, Crazy Pete is playing with the meaning of the word “target,” and all but confirming Risen’s other assertion that I treated above that the FISC had been relegated to “reviewing procedures” (and, again, the FISCR shows that that is in fact what FISC did). With this, Crazy Pete tries to deny that US persons in contact with targets will also be wiretapped (remember, too, that the DOJ/NSA/DNI was also demonstrably playing with the meaning of the word “surveillance” throughout the FISA reform process).

Any surveillance targeting Americans in the United States would still require an individual warrant from the FISA court, and any incidental collection of the communications of U.S. persons would still be subject to extensive minimization procedures. The bill expressly requires such minimization procedures to be imposed on any surveillance conducted under the new law, and those procedures must also be reviewed by the FISA court,

This is where things get interesting. Of course, Crazy Pete is still playing his little game with the word “target.” But then he claims that any US persons “incidentally” collected through the wiretaps of the people overseas would be minimized.

Which brings us to Nidal Hasan.

Granted, Nidal Hasan’s emails to Anwar al-Awlaki were collected under FAA authority, not under PAA authority. So we can’t assume that minimization would be the same. But in August 2007, when he was writing refutations at the behest of NSA, he was claiming that someone like Nidal Hasan’s communication with Awlaki would undergo “extensive minimization.”

Yet for the last week, Crazy Pete has been accusing the Obama Administration of failing to do what it should and could under the law to track Nidal Hasan. He’s even suggesting they weren’t using existing authority that had been used until very recently. I maintain that the fault–at least given the facts we know–lies at Walter Reed, and not with the Joint Task Force that analyzed the emails. But in any case, the only way that Hasan’s emails would have been tracked and Hasan himself would have become a target (or at least a database focus) would be if the emails themselves weren’t minimized.

There’s a real continuity between this two-year impotent attempt to refute James Risen and his bluster from the last week. At their core, both appear to be attempts to manipulate asymmetric information to grasp powers for NSA that Congress and the American people don’t necessarily support, all while pretending what NSA is doing is what NSA says it’s doing.

Update: Then again, if Hasan’s emails were more belligerent than previously reported, then minimization should not have been an issue at all (though the story remains that the emails were determined not to be threatening, and therefore should have been minimized).