Also see: "The Politics of Heroin at Fox News" 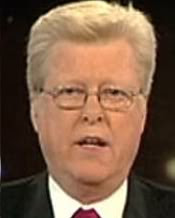 (ChattahBox)—It’s hard to say what’s more ludicrous: John Gibson’s new book blaming George W. Bush’s failed presidency on a liberal media plot or the Washington Time’s breathless review of the 290 pages of tripe. The book’s title, How the Left Swiftboated America: The Liberal Media Conspiracy to Make You Think George Bush Was the Worst President in History, nicely sums up the ridiculous premise, dispensing with the need to actually read it or worse, shell out $26.99 to buy it. But for those of you who have an extreme right-wing friend or relative on your Christmas list, your search for the perfect gift has come to an end.

Gibson describes the act of swiftboating, as “undermining character and credibility, no matter whether the charges are accurate.” Yes, former Democratic candidate for president, John Kerry knows all about being attacked by vile false smears. So, Gibson acknowledges the offensive nature of the act of swiftboating, which was created by Bush supporters. And then claims that the liberal media used the Republican tactic against Bush. Really?

In other words, Gibson admits the the Swiftboat Veterans for Truth were liars.

Gibson’s book was reviewed by a Washington Times freelance writer named, A.G. Gancarski who has a special talent for the overwrought phrase and should be charged with criminal use of a thesaurus. Some of his gems are, “transmogrified,” “authorial reckoning,” and “Bushian malapropisms.”

Below are a few choice passages of Gancarski’s review:

“From Hurricane Katrina up through the Obama inauguration, the most insidious of poison memes was promulgated through not just far-left media outlets, but also through purportedly mainstream purveyors of news. That concept: that two-term President George W. Bush, who many of the same purportedly centrist sources were proclaiming to be Man of the Year and one of the greatest presidents ever back when he was high in the polls, had somehow transmogrified into the most incompetent occupant of the executive branch ever.”

“Attempts at character assassination of the president are, of course, nothing new. But the petty and personal sendups of Mr. Bush proved that a primary tenet of American politics - reverence for the institution of the presidency - had become as disposable as last week’s TV Guide.”

“But the swiftboating of Mr. Bush, as Mr. Gibson sees it, show scant evidence of a real commitment to truth. Overblown scandals like the Valerie Plame affair expose more about the partisan proclivities of the journalism business than they did about the Bush administration.”

Former President George Bush trampled over our constitution, condoned torture, lied to the American people in order to invade Iraq, created one of the worst deficits in history and practically destroyed our economy with eight years of deregulation. And he destroyed America’s once proud standing around the globe, as a nation that valued the rule of law.

The fact that the majority of Americans and the rest of the world rightfully believe Bush was the worst president in history, has nothing to do with a liberal media plot to force Americans to hate George Bush.