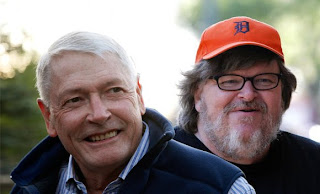 Overture's John Malone is a master of the tax-free deal, a champion of unfettered free markets and completely disdains government and most federal regulations. And, yeah, Moore is OK with that.

He's been labeled a monopolist. Al Gore called him "Darth Vader." He's a master of the tax-free deal, a champion of unfettered free markets, completely disdains government and most federal regulations and has expressed a fondness for Rush Limbaugh. Earlier this summer he was slapped with a $1.4-million fine by the Justice Department for illegal stock purchases.

Sounds like the perfect target for a scathing Michael Moore documentary, no? It might be, if it weren't for the fact that he's also Moore's latest financial backer -- cable magnate John Malone. 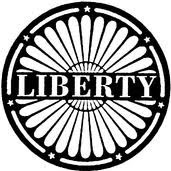 That's right, Moore's "Capitalism: A Love Story" is being co-financed and distributed domestically by Overture Films, which is a unit of Malone's Liberty Media. Moore, who has been railing against Big Media during press junkets promoting the movie, is, in fact, in bed with the Goldman Sachs of the media world.

Liberty, which also owns satellite broadcaster DirecTV, has a stake in satellite radio operator Sirius XM, a big chunk of Barry Diller's IAC/InterActiveCorp., the Atlanta Braves and a piece of the Denver Nuggets. Malone, considered the father of the modern-day cable industry, himself has a piece of cable programming giant Discovery Communications, on whose board he sits.

Obviously, there is a little something ironic about Moore's cinematic screed against capitalism being backed in part by one of the country's richest and most avowed capitalists. Then again, Moore is nothing if not a paradox. Although he still has close ties to Michigan and has positioned himself as the voice of the common man, Moore is also a shrewd negotiator when it comes to his vested financial interests. On his last film, "Sicko," he received half of the documentary's gross profits, as detailed in a Los Angeles Times story in 2007.

While Moore relishes the spotlight, Malone keeps a relatively modest profile. Although he's amassed a fortune, he's not flashy. Malone has been known to go home for lunch with his wife and once told the New Yorker that while his children will not go wanting in this world, he plans to leave the bulk of his estate to charity.

Moore, through a spokesman, isn't making any apologies for having one of Malone's companies as a backer of his film.

"The movie is about how people make their money -- and specifically criticizes the beast, our out-of-control economic system . . . and for those folks who make their money in ways that don't exploit or hurt others -- then they should be giving a lot more back in tax dollars to help support a more just and fair society," Moore said. "People like John Malone, myself and others who have been blessed, we all ought to be in a 70% tax bracket with the money being used to provide such important services as a real universal and affordable single-payer healthcare system."

Although it's unknown whether Malone would agree with Moore's belief that the wealthy "should be giving a lot more back in tax dollars to help support a more just and fair society," it's reasonable to believe that the cable pioneer hopes the filmmaker's movie will do well enough at the box office to make a decent return on Overture's investment. 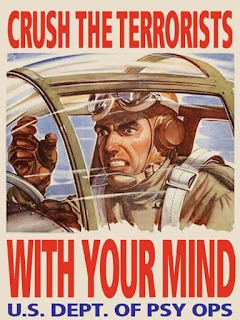 MEN WHO STARE AT GOATS

" ... Moore’s movie is among five Overture Films releases scheduled to debut this year. Overture’s coming attractions include Pandorum, a Dennis Quaid sci-fi thriller; Law Abiding Citizen, with Jamie Foxx; and The Men Who Stare at Goats, a comedy with George Clooney, Ewan McGregor, and Jeff Bridges. ... "