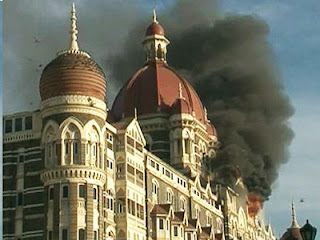 NEW DELHI: Not only did David Headley work as a double agent, but also it was perhaps he who told the CIA about Lashkar’s plans to target Mumbai, ostensibly not to lose the agency’s confidence in him.

Increasingly becoming sure of Headley’s intriguing role, the Indian security establishment now strongly suspect that the CIA had come to know about the double crossing done by Headley and his role in 26/11 attacks when he visited India in March this year but deliberately kept their Indian counterparts in the dark.

Express had first reported about Headley’s possible role as a double agent for both the CIA and LeT.

The reason for the CIA keeping mum could either be the lurking fear of embarrassment for being double crossed by their own man or else they believed that Headley’s trade off as an undercover agent was benefiting them to ward off threat to the US, the sources said.

They said though Headley gave them the correct coordinates of al Hussaini, the covert ISI ship on which the 10 terrorists, including Kasab reached the high seas near Mumbai, which was duly conveyed to the RAW twice in September and October 2008, the dates given of its sailing were not on the DoT. On both the occasions, perhaps on Headley’s advice, LeT aborted its missions at the last minute.

The suspicion, if correct, would make it difficult for the Indian agencies to secure Headley’s extradition or even interrogate him not because the rules do not permit, but because the interrogation can also blow the lid off CIA’s dubious role, the sources said, adding that they never expected the CIA to withhold such an important information especially when the two countries have a joint anti-terror mechanism.

The sources said these apprehensions were duly conveyed by highly miffed Indian agencies to the FBI team which visited India last week.

Dumped by their American counterparts, the Indian agencies are now trying to verify about who footed Headley’s huge bills running into several lakhs rupees which he spent on credit cards during his India visits. Headley had spent money running into several lakhs of rupees through credit cards issued by American banks and in fake Indian currency, believed to have been brought from Pakistan. They are also looking into Headley’s accomplice Tahawwur Hussain Rana’s money trails, who shopped for a large number of garments during his Mumbai visits, but left behind everything.

Expressing serious concern over Indian investigating agencies not being allowed to interrogate LeT operative David Coleman Headley, the CPM on Tuesday sought to know what steps are being taken by the Indian Government in the matter. Raising the issue during the zero hour in the Rajya Sabha, CPM leader Brinda Karat wanted to know whether the FBI was sharing real time intelligence with Indian intelligence agencies.

Brindha pointed out that the FBI was evidently aware of Headley’s antecedents and had put him under surveillance well before the Mumbai terror attacks. But why were the Indian intelligence agencies unaware of his visits to India?