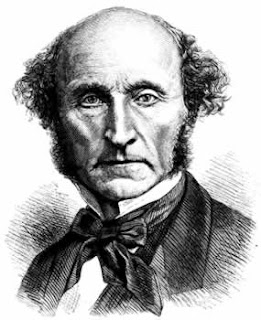 Since Mill's day, the mid-19th century, Anglo-American conservatives have carried the label of being the "stupid party." They earned that epithet by opposing the great liberal reforms of the early 19th century; expansion of the electorate, abolition of slavery and free trade to name the bigger issues of the day.

The liberal - the Victorian sort anyway - seemed to have the inside track on history. The Tories were fighting a rearguard action, an ultimately futile one against "progress." Who could oppose "progress?" Only the very stupid. ...

The bitter irony is that many conservatives have adopted the epithet as a badge of honour, much as the word Tory was once one of abuse. They now parade their anti-intellectuality. Thus the spectacle of the British Conservative Party, headed by Oxbridge graduates, devoutly eschewing any coherent philosophy of government. Two decades ago Mrs Thatcher surrounded herself with some of the leading public policy thinkers of the day. She succeeded, in part, because of her modest background and direct speaking style downplayed any hints of "egghead." The vulgarization of British popular culture has only accelerated since then. ...