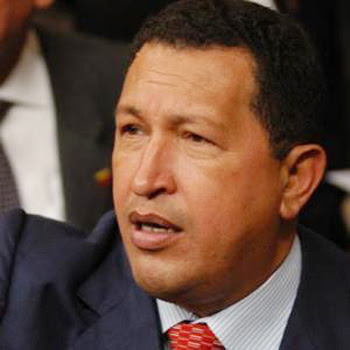 The obvious question: Who's insane - Hugo Chavez ... or the reactionary jackals of the CIA? ...

The controlled press is reporting on a so-called psychological evaluation of Venezuelan leader Hugo Chavez, entitled "The Chavez Phenomenon," who was found to be a "malignant narcisist" suffering from a host of pathologies.

Not incidentally, biased public psychologizing of this sort is strictly proscribed by the APA - it is considered to be highly unethical. The injunction is known as the "Goldwater Rule," and the APA advises members that it is "UNETHICAL for psychiatrists to offer a professional opinion unless he/she has conducted an examination and has been granted proper authorization for such a statement." Dr. Post knows that his statements are unethical - he's chairman of the Association's Task Force for National and International Terrorism and Violence. Post has violated the APA rule, and therefore should be excised from the organization on ethical grounds. For more on the APA's Goldwater Rule, see the New York Times article, June 29, 2004, "The Perils of Putting National Leaders on the Couch" (and you'll find that even the The American Enterprise Instute - a CIA/corporate/military-intelligence front - agrees with this evalaluation): http://www.sallysatelmd.com/html/a-nytimes11.html

The symptoms? Well ... there IS this: "Chavez has called U.S. President George W. Bush a 'donkey.'" Apparently, reverse anthropomorphizing is considered by Dr. Post to be a symptom of acute mental imabalance ...

Who's insane here? The answer to that question comes with the profile of the author of the report, which conveniently justifies further American covert activity in Venezuela ... 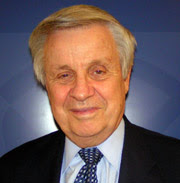 Dr. Post has published widely on crisis decision-making, leadership, and on the psychology of political violence and terrorism, and recently has been addressing weapons of mass destruction terrorism: psychological incentives and constraints, as well as information systems terrorism. ...

After the invasion of Kuwait, Dr. Post developed a political psychology profile of Saddam Hussein. His analysis of Saddam has been featured prominently in the national and international media.

He provided his analysis of Saddam's personality and political behavior in testimony at the hearings on the Gulf crisis before the House Armed Services Committee and the House Foreign Affairs Committee. He served as a psychiatric expert on terrorist psychology for the Department of Justice in the 1997 trial of an Abu Nidal [a CIA asset] terrorist, and in July, 2001 testified as an expert witness in the federal trial in New York of one of the Osama bin Laden terrorists responsible for the bombing of the US embassy in Tanzania. Since 9/11. he has testified before the House National Security subcommittee hearings on bio-terrorism [a covert CIA activity], before the Senate Armed Services Committee on terrorist motivation [controlled by the CIA], and before the UN International Atomic Energy Agency on the psychology of nuclear terrorism. He recently presented a keynote address to the Europe conference of international police on counter-terrorism in Copenhagen, and delivered an address to a terrorist expert meeting in Oslo, Norway in June 2003.

He is a frequent commentator on national and international media on such topics as leadership, leader illness, treason, the psychology of terrorism, Slobodan Milosevic, Yasir Arafat, Osama bin Laden, Saddam Hussein and Kim Jong Il. ...
http://www.gwu.edu/~elliott/faculty/post.cfm

The press is reporting on Dr. Post's "psychological profile" with a straight face:

WASHINGTON, June 27 (Reuters) - Insecurity, "malignant narcissism" and the need for adulation are driving Venezuelan President Hugo Chavez's confrontation with the United States, according to a new psychological profile.

Eventually, these personality traits are likely to compel Chavez to declare himself Venezuela's president for life, said Dr. Jerrold Post, who has just completed the profile for the U.S. Air Force.

Chavez won elections for a third term last December. Since then he has stepped up his anti-American rhetoric, vowed to accelerate a march towards "21st Century socialism" and suggested that he intends to stay in power until 2021 -- a decade beyond his present term.

But Post -- who profiled foreign leaders in a 21-year career at the U.S. Central Intelligence Agency ... doubts that Chavez plans to step down even then.

"He views himself as a savior, as the very embodiment of Venezuela," Post said in an interview. "He has been acting increasingly messianic and so he is likely to either get the constitution rewritten to allow for additional terms or eventually declare himself president-for-life." 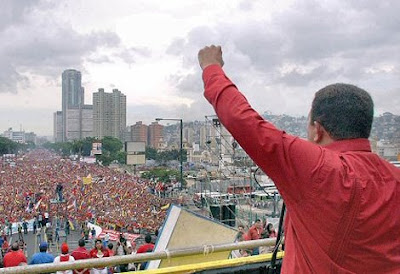 Post portrays Chavez as "a masterful political gamesman" who knows that his popularity largely rests on being seen as a strong leader who takes on the United States, the Venezuelan elite and a host of other perceived enemies -- often with public insults that are rarely used by other leaders.


"To keep his followers engaged, he must continue outrageous and inflammatory attacks," Post said.

Even Chavez's most determined opponents concede that he is a gifted orator and has a rare ability to mesmerize audiences. In the language of political psychology, this is a "charismatic leader-follower relationship."

Jose Miguel Insulza, the Secretary General of the Organization of American States, attracted the public label "asshole" (as did Bush), and Chavez described the entire Brazilian Congress as "puppets."

"The major psychological reward for Chavez derives from being seen as the pugnacious openly defiant champion of the little man, as one of 'us' versus 'them,'" Post said.

In his assessment, one of the character traits that drive Chavez is "malignant narcissism," a term that denotes an extreme sense of self-importance and is usually coupled with extreme sensitivity to criticism.

"The arrogant certainty conveyed in his (Chavez's) public pronouncements is very appealing to his followers. But under this grandiose facade, as is typical with narcissistic personalities, is extreme insecurity," Post wrote in his profile "The Chavez Phenomenon" for the U.S Air Force.

Chavez's supporters dismiss such criticism as U.S. efforts to discredit a popular president. Chavez himself has repeatedly said Washington was engaged in psychological, political, economic and media warfare against him.
And yet, only last month, the Venezuelan government refused to renew the broadcast license of TV and radio network RCTV, the loudest voice against Chavez, highlighting his sensitivity to criticism.

His description of the Brazilian Congress as "puppets" came in response to a statement expressing concern for the freedom of expression after RCTV's closure. Chavez was so angry about a similar remark by the Spanish foreign minister, Miguel Angel Moratinos, that he said he would "take distance" from Spain.

"There are two circumstances when Chavez's messianic personality adversely affects his decision making, with a potential for flawed judgement," Post wrote in his study for the Air Force. "When he has just achieved a major success and when he perceives himself as failing."

That pattern has been consistent throughout his presidential terms -- bold actions when he felt heady with success; harsh rhetoric, confrontational moves and temporary depression when he felt weakened.

In the heady wake of his electoral triumph last December (he won 63 percent of the vote) Chavez nationalized the country's largest telecommunications company and its most important private electricity firm, as well as silencing RCTV.

But in the wake of one of his worst diplomatic defeats, the failure of a protracted and cHostly lobbying campaign to win a seat for Venezuela on the United Nations Security Council, Chavez was so despondent that he stayed away from an Ibero-American summit meeting in Uruguay. "My colleagues don't like me," he complained.

In Post's analysis, Chavez's flawed judgement was on display with his speech to the U.N. last September, when he called Bush "the devil" who had left a smell of sulphur in the assembly hall. Chavez's speech drew chuckles and applause -- but it lost him the U.N. Security Council seat that he had coveted.
Posted by Alex Constantine at Wednesday, June 27, 2007