THE CIA INFILTRATION OF PACIFICA: PART ONE - SLEIGHT-OF-HAND ... AND -SUBSTANCE - AMY GOODMAN PROMOTES, BY GROSS MISREPRESENTATION, A CIA TORTURER 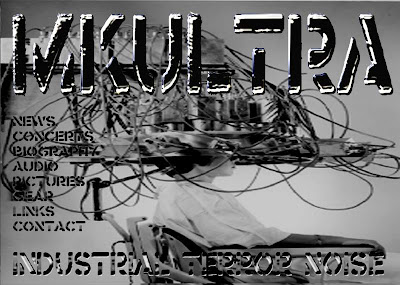 An animal that runs in herds doesn't ponder where it is being herded - it follows without question. So do the fans of the CIA/Ford Foundation's "Democracy Now!" If you want reality, do a search for "Mae Brussell." The controlled Left's Amy Goodman is giving you a diluted approximation of the real world ... 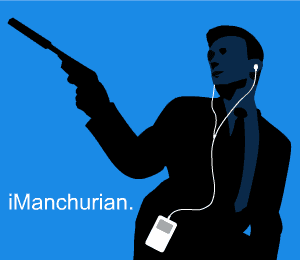 Robert Jay Lifton is always met on Goodman's program with gooey affection. The former MKULTRA overseer is treated as a revered "authority" on the abuse of psychological interrogation techniques, but ...

"... [Robert Jay] Lifton is ... often doing interviews in progressive media, and his most famous work is 'The Nazi Doctors' which is about…well, Nazi doctors. Yet his earliest known work was a study of alleged communist brainwashing techniques. This study was undertaken with the folks who would eventually create the 'Human Ecology Fund,' a CIA conduit for studies on mind control techniques. I’ve seen Lifton referred to as one of the founders of HEF but I can’t find any verification of that. The Fund was run secretly out of Cornell University and officially went away in 1965. Eric Olson, who has collaborated with Lifton and whose military-scientist father Frank was dosed with LSD and defenestrated for going off the reservation, so to speak, says that Sidney Gottlieb personally told him he’d funded Lifton’s early work on brainwashing. ... "

[Excerpt from a KPFK-FM Legal Complaint - Filed with the entire KPFK (the Pacifica outlet in Los Angeles) advisory board in 2006 by Alex Constantine.]

Robert Jay Lifton is Responsible for Much of the Illicit MKULTRA Experimentation Conducted by the CIA - a Scaife-Funded Mind Control Scientist Highly PRAISED by Amy Goodman ...

This is a particularly offensive act by Amy. 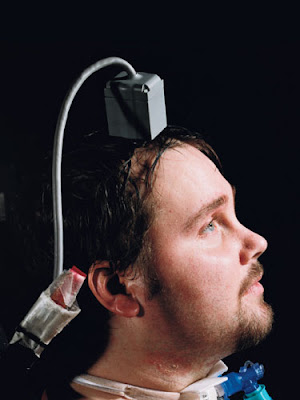 Lifton is passed off on Democracy Now! as a concerned humanitarian and progressive, a wafer-thin CIA cover story. Dr. Lifton is in fact a guiding light of the far-right, Scaife-funded American Family Foundation, a CIA front.

Research his past, dig a little (it may take a few moments on the Internet, but don't work up a sweat), and you will find that Lifton is responsible for thousands of atrocities committed against hapless American citizens, tortured in unconscionable CIA mind control experiments initiated by Lifton himself as a founder of the Human Ecology Fund.

The Human Ecology Fund disbursed funds for classified experimentation code-named MKULTRA, an ambitious program that explored the uses of electric shock, LSD, bio-electronics, torture, depatterning (the desctruction of the mind in order to rebuild it), "coercive persuasion" and other forms of mind control atrocity in the 1950s and nearly '60s.

As a mind control researcher myself, having written two books on the topic, I think of Lifton as a Nazi doctor himself of the worst sort, the lowest human being, if he can be called that, ever to disgrace the name of Pacifica. And that takes some doing (see Legal Complaints against KPFK, sparts 1-3).

None of the atrocites I detail in my books would have been possible without the organizing acumen of the CIA's Robert Jay Lifton.

Lifton is a torturer, a killer. His famous study, The Nazi Doctors, was written for the CIA. It is a prescription for CREATING Nazi doctors, if you bother to examine the book. It is short on names and long on the means of criminalizing decent professionals.

From the Democracy Now! website, however, we learn NONE of this. Instead, Lifton is praised: "Robert Jay Lifton, distinguished Professor of Psychology and Psychiatry at John Jay College and the Graduate Center of the City University of New York as well as a visiting psychiatry professor at Harvard Medical School. He is also the author of several books. His latest book is Superpower Syndrome: America's Apocalyptic Confrontation with the World."

This is Amy Goodman's take on one of the most notorious CIA officers in American history. Information on Lifton can be found The Search for the Manchurian Candidate, (J. Marks, p. 128), Psychic Dictatorship in the U.S.A. 1995 (Alex Constantine, p. 58), Journey Into Madness (G. Thomas, pp. 344-5, 376), to begin.

If you have ever heard on KPFK a program about the fascist excesses of MKULTRA, consider that the Human Ecology Fund's co-founder, Dr. Lifton, made them possible. He is widely considered a "cult expert." In fact, his writing on cults for Scaife's AFF is easily refutable CIA disinformation, his stock-in-trade.

Lifton's writing on mind control is also a cover story that conceals widespread and ongoing illicit experimentation by the CIA, the subject of numerous books on the topic ignored by the media-at-large ... and by Pacifica and The Nation, which have foisted this pariah upon the Left without so much as a mention of his MKULTRA past. He talks a good game, appears to hold liberal convictions, is persuasive ... and that's why they call it mind control.

KPFK managers and board members are old enough to recall the release of LSD upon an unsuspecting world by the CIA in the mid-'60s to DISTRACT, DISORIENT, DISCREDIT AND DEFUSE THE ANTI-WAR MOVEMENT, a case I made in my last book, supported by Army biowarfare documents? That was Ms Goodman's beloved Robert Jay Lifton....

KPFK management and board should ask Ms Goodman to do a few minutes of research to verify these observations. I would say, "shame on her." But that's taking this too lightly. Damn her for this.

Once again, KPFK's listeners have been duped, fed shallow, misleading and false information that serves the CIA - on the basis of such frauds, the station has thrived.
--
HUMAN ECOLOGY FUND

Psychic Dictatorship in the U.S.A.
By Alex Constantine
Portland, OR : Feral House, 1995

... When the smoke cleared at SLA headquarters in L.A., Dr. Martin Orne was called upon to examine Patricia Hearst in preparation for trial. The government charged that she had participated voluntarily in the SLA's gun-toting crime spree.
Orne's was a foregone conclusion--he sided with the government. His opinion was shared by two other psychiatrists called to appraise Ms. Hearst's state of mind, Robert Jay Lifton and Louis Jolyon West. Dr. Lifton was a co-founder of the aforementioned Human Ecology Fund. The CIA contractor that showered Orne with research grants in the 1960s. Dr. West is one of the CIA's most notorious mind control specialists, currently director of UCLA's
Neuropsychiatric Institute. It was West who brought a score of mind control psychiatrists of the ultra-right political stripe to the UCLA campus.

Drs. Orne, Lifton and West unanimously agreed that Patty Hearst had been "persuasively coerced" to join the SLA. She had been put through a grueling thought reform regimen. She'd been isolated and sensory deprived, raped, humiliated, badgered, politically indoctrinated with a surrealistic mutation of Third World Marxism. Ms. Hearst was only allowed human companionship
when she exhibited signs of submission. Orne and his colleagues assured that attention was narrowed to their psychologizing, conveniently rendering evidence of CIA collusion extraneous to consideration by the jury. ...
http://www.mindcontrolforums.com/mindnet/mn116a.htm 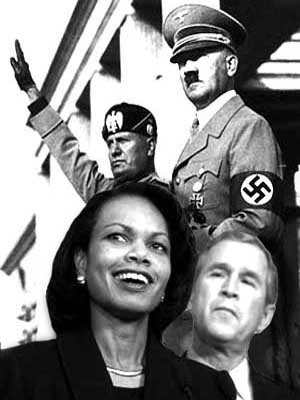 Media mind control gave us Bush. Maybe it's time to put a stop to the national security state's propaganda machine. Could this be, or is herding the way of the future? (If so, fight the future ... )
Posted by Alex Constantine at Tuesday, June 19, 2007