The Plame Indictments that Never Surfaced - Who was Yanking the Chains of Jason Leopold and Wayne Madsen? 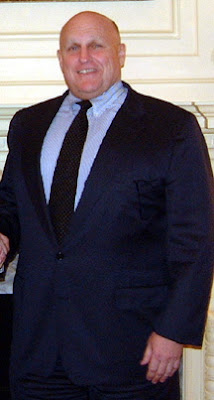 [Richard Armitage went from killer pimp in Vietnam (under Colin Powell, who frequented Armitage's whore house for officers) to jackal and political assassin to assistant secretary of state (again, under Powell). This and a host of other revelations - including nuclear black-maketeering - lurked behind the Libby prosecution, and remain there in obscurity ... but don't expect a slight Democratic majority in the District of Columbia to drag the scandals into the light of day ... ]

Who was the source of the many bogus reports that indictments would be handed down in the Plame investigation, as reported by Leopold and Madsen? Jason Leopold went down in flames .... again .... WAYNE MADSEN REPORTED ONCE A MONTH OR SO - FOR A FULL YEAR - THAT INDICTMENTS WERE "ABOUT" TO BE PASSED OUT TO KARL ROVE AND OTHER RANKING ADMINISTRATION OFFICIALS ... THE ADRENAL GLANDS RESPONDED ... THE MOUTH WATERED IN PAVLOVIAN FASHION ...

Madsen revealed his source when it was all over - though he never issued an apology for the multitude of false reports - PATTON BOGGS .... He let slip this incredible confession without a trace of remorse.

Believe it or not, Madsen gave credence to the PB "scoop" repeatedly, although to this day no indictments have been served on anyone with the exception of Libby: http://www.publicintegrity.org/bop2004/report.aspx?aid=273 " According to sources within the PATTON AND BOGGS law firm, Karl Rove was present at the law firm's building on M Street. WMR was told by a credible source that a Patton and Boggs attorney confirmed that Fitzgerald paid a visit to the law firm to inform Rove attorney Robert Luskin and Rove that an indictment would be returned by the Grand Jury against Rove.... "

It was all moonshine, although Leopold (whose "exclusive" report was nearly identical to Madsen's, which tells me his source was the same) held out hope until the last second with assurances that his sources were solid, and he even gave long-winded explanations detailing every step in the preparation of indictments ... Madsen, a little wiser, might have considered the source and saved us all a lot of trouble. What was PB hiding? The Plame leak case was a limited hang-out for much more interesting scandals: 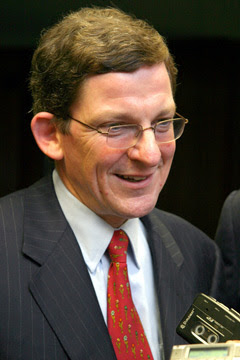 We all remember the Pakistani ISI general's trip to Washington and his "most important" meeting - with Lockheed lobbyist Marc Grossman at the State Department prior to 9/11. Grossman, whose name was central to the Plame investigation, was a lobbyist for Lockheed, and this company figures repeatedly in the prosecution of the case to protect Grossman and his black marketeering in league with Richard Armitage, who also figured in the Plame leak.

The investigation could have gone soooo much deeper ... (I've been meaning to look into this tout and throw it out to anyone who wants to look into the connections: GERALD LAUGHLIN AT PATTON BOGGS IS A PAID LOBBYIST FOR LOCKHEED - http://www.pogo.org/p/contracts/c/co-030601-lockheed.html - Senior Government Officials Turned Current & Former Registered Company Lobbyists for Lockheed Martin 1997 through 2004. Former Rep. Gregory H. Laughlin (D-TX) (PATTON BOGGS) ... )

There are, according to Madsen, any number of murders connected to the Plame leak. But when he plays the naive conduit for Patton Boggs misinformation, I have to ask where he's getting the information now. "Credible source" - A Madsen constant - doesn't cut it - this is how he described PB. So Madsen, like poor shattered Leopold, has amends to make and a reputation to reconstruct.

In my book, he has committed the "ABM" (Author's Big Mistake) by falling for a disinformation feed. More transparent sourcing is the solution (and that's why I site sources after checking them out carefully, with few exceptions).
Posted by Alex Constantine at Wednesday, June 27, 2007