Spain’s murky past: the Nazis who sought refuge in the sun
http://www.expatica.com/actual/article.asp?subchannel_id=81&story_id=41245

A Norwegian Nazi who served in the SS and was awarded the Gold Cross by Hitler has been discovered living in luxury on Spain’s Costa del Sol.

Fredrik Jensen, 93, was uncovered living in the urbanisation of Las Belbederes in Marbella with his wife Karin.

Jensen served in a number of SS units during the Second World War, including the SS Panzer-Grenadier Der Furher, SS-Panzer-Division -Das Reich, the Panzer-grenadier regiment 9 Germania and the Panzer-Division Wiking. 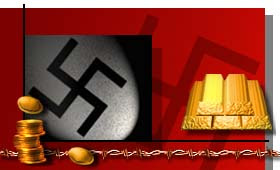 Jensen fought in the front which gained him the rare accolade of being one of the few foreigners to receive the highest decoration granted by Hitler to SS troops, the Gold Medal. He joined the SS after the Norwegian Nazi party seized power under the puppet-regime of Vidkud Quisling in 1942.

After the war, Jensen spent time in an American military hospital and then was jailed for ten years for fighting for the Nazis. When he was released from jail he moved to Sweden were he made his fortune after starting up an industrial machine company.

Jensen was classed as a war criminal according to the archives of Interpol. In 1994, he was deported to the United States for his war crimes, but then disappeared. 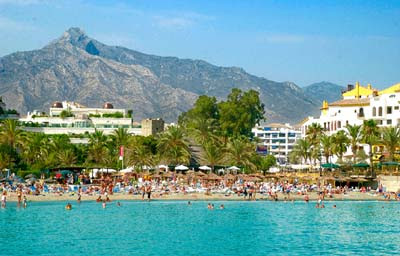 In fact Jensen and his wife had moved to a corner of Marbella mainly populated by retirees from Norway, Sweden, Danes or Germans. It was easy for Jensen to disappear among the expat community and enjoy the sunshine and easy life of this corner of the Costa del Sol in a spacious home measuring 800sqm.

In an interview with a local Norwegian expat newspaper in 1999, Jensen did not make any apology for serving with the SS during the war.

Investigators came across Jensen while hunting a much bigger fish: the so-called ‘Dr Death of Matthausen concentration camp’ Aribert Heim. Heim is the second most wanted Nazi in the world after Martin Bormann, Hitler’s private secretary.

He is said to have been responsible for the death of 500 people, many of them Spanish Republicans, in the Austrian concentration camp. Like the ‘Angel of Death’ of Auschwitz concentration camp, Dr. Josef Mengele, Heim subjected live prisoners to so-called medical experiments. After the war he set up a gynaecology clinic before he disappeared in 1962.

German and Spanish police as well as the Simon Wiesenthal Centre, which tracks down Nazis, had been pursuing Heim for years.

He was at first believed to be living in Palafrugell, on the Costa Brava, after German police in Baden-Baden traced money transfers from his family to an artist’s studio in the Spanish town.

But Heim then appeared to have vanished until new clues suggested he was living in Marbella. Police watched a home in the luxury Royal Nordic Club, at first believing they had finally snared one of the world’s most wanted Nazis.

In fact, the elderly gentleman turned out to be Jensen, who at 93, is one year Heim’s junior.

German police and the Wiesenthal Centre believe Heim fled to Chile and is living in the home of his daughter Waltraud Bosser in Puerto Montt. 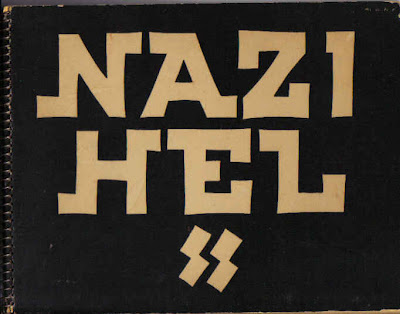 But after police travelled to Chile earlier this year, Bosser disappeared, perhaps with her father, to Argentina.