TO REMAIN SILENT ABOUT FASCISM IS TO BE AN ACCOMPLICE (DO YOU KNOW ANYONE WHO FITS THAT DESCRIPTION?) 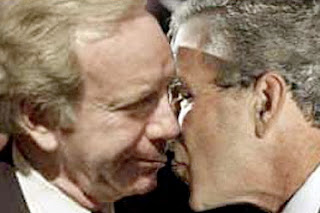 "I am an anti-fascist and I cannot remain silent.

To speak up has its price, but THAT PRICE MAKES YOU FREE. ... To speak up doesn’t give me too much, but it keeps me from being an ACCOMPLICE. ... " 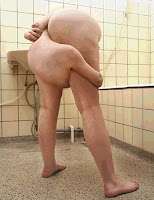 Hermann Hesse once wrote: “To speak is good, to be silent is better!” We Serbs seem to agree. Serbs will talk about world politics, about the relationship between America and Russia, but often prefer to be silent about things that happen in our own backyard.

This week, journalists could not get locals in Batajnica to speak to them about a double murder and suicide that happened in their town. The following is a translation of a reflective post (SRP) by Queeria, a Serbian blogger, commenting on the murder story and how it relates to past tragedies in Serbia on Blog B92 on June 13:

Yesterday, all Serbian news agencies reported the news of a drug addict who killed two old people with a knife in Batajnica and later killed himself. It is terrible!

Journalists immediately showed up to explore the incident and its background. But none of the neighbors wanted to speak about it.

Everybody pretended to be innocent, as if nobody had been peeping into the home of the unfortunate family until yesterday. 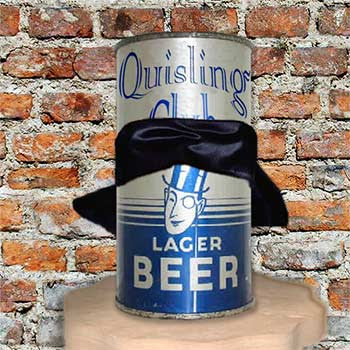 My favorite author, a feminist, a lesbian, a mother, [an African-American], [Audrey Lorde], left this invaluable sentence as her will to us: “If you are silent, you will not be yourself.”

But few of us […] believe that by speaking up we can solve anything.

It all reminded me of the stories of the invisibility of the concentration camps and the population that knew nothing about them.

Several villages were evacuated so that the Nazi could build Auschwitz - but none of the villagers knew anything.

When former prisoners, gays and prostitutes, came to erect a memorial to the victims in Dachau after World War II, representatives of other groups who had been prisoners, too, said: “We don’t know who you are!”

Nobody knew anything about [Srebrenica].

Nobody knew anything about [refrigerator trucks] with dead bodies.

Nobody knew anything about [the six Bosnian Muslims].

Nobody knew anything about the women who were raped during the war.

Nobody knew anything about the violence in the neighborhood.

Nobody knew anything about death threats to lesbians.

Nobody knew that gays had been sexually mistreated every day.

[Ceca Raznatovic] knew nothing about her valuable necklace.

Then it is utterly logical that nobody knew what happened in Batajnica.

From all that’s been written I can make three conclusions.

First, the silence about evil always inevitably leads to fascism.

Second, everyone who keeps silent is an accomplice to fascism.

Third, there is too much silence in Serbia.

I am an anti-fascist and I cannot remain silent. To speak up has its price, but that price makes you free.

As Audrey said, to speak up doesn’t give me too much, but it keeps me from being an accomplice.
Posted by Alex Constantine at Wednesday, June 20, 2007