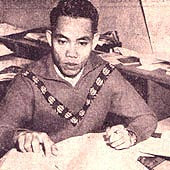 Pham Xuan An was a longtime spy for the Communist Party in Vietnam and is credited with playing a major role in Vietnam's victory over the United States.

A gifted conversationalist, An, who died in 2006, worked for Time magazine in Vietnam, befriending many of the era's leading journalists. But before that, he went to college in California and had a brief internship at The Sacramento Bee where, among other stories, he wrote a first-person account of his purported crusade against communist propaganda. The piece made him a local celebrity and solidified his cover for years to come. 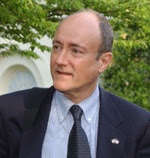 Berman, 56, sat down recently to talk about the book.

How did Pham Xuan An become so successful as a spy?

"He spent a lot of time developing his cover. All the people I interviewed for the book said they liked him because he could fit in. He could joke with people. He spoke English. He liked to joke. He really went to school studying the Americans. He studied how the CIA interacted with people, how college coeds interacted in Orange County."

He came to California to go to college in the late 1950s on assignment? He was developing as a spy?

"He had no choice. He did not want to go, but his party ordered him to do it. This is what is the most interesting thing to me historically about his whole life, the foresight of the communist Vietnamese. In 1955, to recognize that the United States was slowly but surely coming — even though the French had been defeated, even though the Japanese had been defeated — the Vietnamese would not be allowed to determine their future. They didn't anticipate 550,000 American ground troops in their country, but they certainly anticipated having to fight the Americans. An's mission was to go to the United States. His occupation was chosen for him as journalism by the Communist Party. It would allow him access to explore and give him freedom to talk to as many people as he wanted to."

What brought An to Sacramento and an internship at The Bee in 1959?

"You couldn't even make up this story. An completed his studies at Orange Coast College, where he graduated with a degree in journalism. The school and the Asia Foundation secured an internship at The Sacramento Bee. He became very close friends with Eleanor McClatchy (the late president of McClatchy Newspapers). She just took a liking to him, like everybody did. She personally took him to the Sacramento Airport to greet the Soviet Friendship Delegation.

"After his article came out, he became a local celebrity. Everybody wanted to meet this great anti-communist journalist."

It sounds like one of his talents was making friends.

"As he told me, he developed a conscious strategy to only make friends with people who did not have communist sympathies. That's why he hung out with so many CIA people. He became friends with WILLIAM COLBY, who would become the CIA director. One of the things he found during his time with Americans was that Americans were great people. It was a new way of thinking. They were spontaneous. They were creative. They had a free press. He fell in love with that — the idea of asking questions, having multiple sources. He thought this is what Vietnam should do."

Over time, was he unable to distinguish who he really was versus the person he was portraying as a spy?

"I've thought about this one a lot. He told me that it took extraordinary self-discipline. He always knew what his mission was. He never forgot he was a spy, and he never forgot his cover was journalism. He always said he tried to be the best journalist he could. He never tried to give misinformation to Time magazine, because he knew that if he got caught he could be killed."
Where does An rank as a spy?

"I consider him to be one of the great spies of the 20th century. He didn't spy for money or glory. He spied just for his country. Whether he was an enemy or not, I consider that a noble thing."
http://www.azstarnet.com/allheadlines/187275

John M. Olin Foundation, The Legacy of the Reagan Presidency, 1988

Lynde and Harry Bradley Foundation, The Legacy of the Reagan Presidency, 1988

Smith Richardson Foundation, The Legacy of the Reagan Presidency, 1988

The Art of Political Leadership: Essays in Honor of Fred I. Greenstein. Editor. Rowman & Littlefield, 2005.

Looking Back on the Reagan Presidency, ed., The Johns Hopkins University Press, 1990.

How Presidents Test Reality: Decisions on Vietnam, 1954 and 1965, co-collaborator with authors Fred Greenstein and John Burke; Russell Sage, 1989. Winner of the 1990 Richard E. Neustadt Award for the best book published in 1989 that contributed most to research and scholarship in the field of the American Presidency.

Planning a Tragedy: The Americanization of the War in Vietnam. W. W. Norton, 1982.

The Office of Management and Budget and the Presidency, 1921-1979. Princeton University Press, 1979.

“Secret European Initiates During the Nixon Years: No Closer to Peace,” in La Guerre Du

“The Vietnam War and It’s Impact,” co-authored with Jason Newman, in The Encyclopedia of

“Ronald Wilson Reagan,” co-authored with Stephen R. Routh, in The Oxford Companion to

"The President: Executive Energy and Republican Safety," in E Pluribus Unum: Constitutional Principles and the Institutions of Government, edited by Sarah Thurow. University Press of America, 1988.

"The Office of Management and Budget," in Government Agencies, edited by Donald Whitnah. Greenwood Press, 1984.

“Waiting for Smoking Guns: Presidential Decision-making and the Vietnam War, 1965-67,” in Vietnam as History, edited by Peter Braestrup. University Press of America, 1984

"Presidential Libraries: How Not to be a Stranger in a Strange Land," in Studying the Presidency, edited by George Edwards and Steven Wayne. University of Tennessee Press, 1983.

"Johnson and the White House Staff," in Exploring the Johnson Years, edited by Robert Devine. University of Texas Press, 1981.

"The Evolution and Value of Presidential Libraries," in The Presidency and Information Policy, edited by Harold Relyea. Center for the Study of the Presidency, 1981.