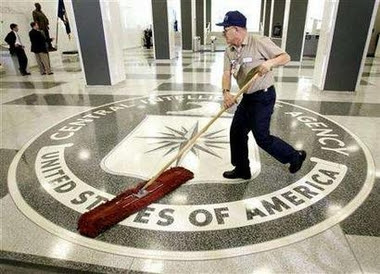 WASHINGTON - JUNE 22 - The Central Intelligence Agency violated its charter for 25 years until revelations of illegal wiretapping, domestic surveillance, assassination plots, and human experimentation led to official investigations and reforms in the 1970s, according to declassified documents posted today on the Web by the National Security Archive at George Washington University.

CIA director Gen. Michael Hayden announced today that the Agency is declassifying the full 693-page file amassed on CIA's illegal activities by order of then-CIA director James Schlesinger in 1973--the so-called "family jewels." Only a few dozen heavily-censored pages of this file have previously been declassified, although multiple Freedom of Information Act requests have been filed over the years for the documents. Gen. Hayden called today's release "a glimpse of a very different time and a very different Agency."

"This is the first voluntary CIA declassification of controversial material since George Tenet in 1998 reneged on the 1990s promises of greater openness at the Agency," commented Thomas Blanton, the Archive's director.

Hayden also announced the declassification of some 11,000 pages of the so-called CAESAR, POLO and ESAU papers--hard-target analyses of Soviet and Chinese leadership internal politics and Sino-Soviet relations from 1953-1973, a collection of intelligence on Warsaw Pact military programs, and hundreds of pages on the A-12 spy plane.

The National Security Archive separately obtained (and posted today) a six-page summary of the illegal CIA activities, prepared by Justice Department lawyers after a CIA briefing in December 1974, and the memorandum of conversation when the CIA first briefed President Gerald Ford on the scandal on January 3, 1975.

Then-CIA director Schlesinger commissioned the "family jewels" compilation with a May 9, 1973 directive after finding out that Watergate burglars E. Howard Hunt and James McCord (both veteran CIA officers) had cooperation from the Agency as they carried out "dirty tricks" for President Nixon. The Schlesinger directive, drafted by deputy director for operations William Colby, commanded senior CIA officials to report immediately on any current or past Agency matters that might fall outside CIA authority. By the end of May, Colby had been named to succeed Schlesinger as DCI, and his loose-leaf notebook of memos totaled 693 pages [see John Prados, Lost Crusader: The Secret Wars of CIA Director William Colby (Oxford University Press, 2003, pp. 259-260.]

Seymour Hersh broke the story of CIA's illegal domestic operations with a front page story in the New York Times on December 22, 1974 ("Huge C.I.A. Operation Reported in U.S. Against Antiwar Forces, Other Dissidents in Nixon Years"), writing that "a check of the CIA's domestic files ordered last year… produced evidence of dozens of other illegal activities… beginning in the nineteen fifties, including break-ins, wiretapping, and the surreptitious inspection of mail."

1. Confinement of a Russian defector that "might be regarded as a violation of the kidnapping laws."
2. Wiretapping of two syndicated columnists, Robert Allen and Paul Scott.
3. Physical surveillance of muckraker Jack Anderson and his associates, including current Fox News anchor Britt Hume.
4. Physical surveillance of then Washington Post reporter Michael Getler.
5. Break-in at the home of a former CIA employee.
6. Break-in at the office of a former defector.
7. Warrantless entry into the apartment of a former CIA employee.
8. Mail opening from 1953 to 1973 of letters to and from the Soviet Union.
9. Mail opening from 1969 to 1972 of letters to and from China.
10. Behavior modification experiments on "unwitting" U.S. citizens.
11. Assassination plots against Castro, Lumumba, and Trujillo (on the latter, "no active part" but a "faint connection" to the killers).
12. Surveillance of dissident groups between 1967 and 1971.
13. Surveillance of a particular Latin American female and U.S. citizens in Detroit.
14. Surveillance of a CIA critic and former officer, Victor Marchetti.
15. Amassing of files on 9,900-plus Americans related to the antiwar movement.
16. Polygraph experiments with the San Mateo, California, sheriff.
17. Fake CIA identification documents that might violate state laws.
18. Testing of electronic equipment on US telephone circuits.

Note: The following documents are in PDF format.
You will need to download and install the free Adobe Acrobat Reader to view.

Ten days after the appearance of Hersh's New York Times story, DCI William Colby tells President Ford how his predecessor James Schlesinger (then serving as Secretary of Defense) ordered CIA staffers to compile the "skeletons" in the Agency's closet, such as surveillance of student radicals, illegal wiretaps, assassination plots, and the three year confinement of a Soviet defector, Yuri Nosenko.

Document 2: Summary of the Family Jewels

On New Years' eve, 1974, DCI Colby met with Justice Department officials, including Deputy Attorney General Lawrence H. Silberman, to give them a full briefing of the "skeletons."

An apoplectic Kissinger argues that the unspilling of CIA secrets is "worse than the days of McCarthyism" when the Wisconsin Senator went after the State Department. Kissinger had met with former DCI Richard Helms who told him that "these stories are just the tip of the iceberg," citing as one example Robert F. Kennedy's role in assassination planning. Ford wondered whether to fire Colby, but Kissinger advised him to wait until after the investigations were complete when he could "put in someone of towering integrity." The "Blue Ribbon" announcement refers to the creation of a commission chaired by then-vice president Nelson A. Rockefeller.

Cabinet and sub-cabinet level officials led by Kissinger discuss ways and means to protect information sought by ongoing Senate (Church Committee) and House (Pike Committee) investigations of intelligence community abuses during the first decades of the Cold War. Worried about the foreign governments that have cooperated with U.S. intelligence agencies, Kissinger wants to "demonstrate to foreign countries that we aren't too dangerous to cooperate with because of leaks."