"It is the emergence of mass media which makes possible the use of propaganda techniques on a societal scale," French philosopher Jacques Ellul 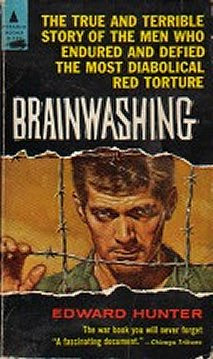 observed. "The orchestration of press, radio and television to create a continuous, lasting and total environment renders the influence of propaganda virtually unnoticed precisely because it creates a constant environment."

[Jaques Ellul- Ellul was born in Bordeaux, France, and was educated at the universities of Bordeaux and Paris. In World War II he was a leader in the French resistance. He was also prominent in the worldwide Ecumenical movement, although he later became sharply critical of the movement for what he felt were indiscriminate endorsements of political establishments, primarily of the Left (namely the socialist states of western Europe), but sometimes of the Right (especially in later writings) "Modern technology has become a total phenomenon for civilization, the defining force of a new social order in which efficiency is no longer an option but a necessity imposed on all human activity," he wrote.]
Posted by Alex Constantine at Friday, June 29, 2007