BAE Under Investigation for Illegal Arms Sales to Saudis 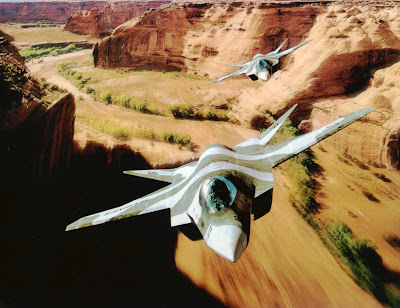 "The Lexington Comair Crash: PART 23 – Return of the Bluegrass Conspiracy – The Prince, THE FOURTH PASSENGER & the Mockingbird."
http://alexconstantine.blogspot.com/2006/11/lexington-comair-crash-part-23-return_24.html

Note in the text below: " ... BAE secretly paid Prince Bandar through an account at Riggs bank in Washington, the Guardian reported on June 7. ... "

The shares fell 7.8 percent, the most in 4 1/2 years. BAE gets about 44 percent of revenue from the U.S., according to its 2006 annual report, and is the largest foreign supplier to the Pentagon. John Neilson, a BAE spokesman, declined to comment beyond the statement confirming the investigation.

Prime Minister Tony Blair said June 7 that he intervened to stop a U.K. investigation of BAE's 43 billion-pound ($85 billion) Al-Yamamah arms contract with Saudi Arabia because it would have made a ``complete wreckage'' of relations with the kingdom. BAE has been expanding in the U.S. to benefit from spending in the world's largest defense market and for the Iraq war. 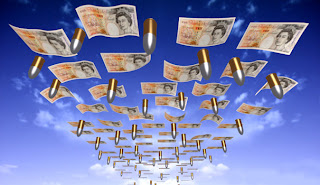 "This is a serious issue for BAE executives because they could be prosecuted,'' said Nick Cunningham, an analyst with Panmure Gordon in London with a "buy'' rating on the stock. Executives should be "worried,'' he said.

Credit-default swaps based on 10 million euros ($13.5 million) of BAE debt rose 11,000 euros to 28,000 euros, according to Deutsche Bank, their biggest-ever rise. Credit-default swaps are used to speculate on a company's ability to repay debts. A rise indicates worsening perceptions of credit quality.

The Guardian newspaper and British Broadcasting Corp. reported earlier this month that London-based BAE made secret payments of 1 billion pounds to Prince Bandar bin Sultan of Saudi Arabia, citing an investigation by the U.K. Serious Fraud Office. BAE denied wrongdoing, and Bandar called the reports "false.'' Prince Bandar was ambassador to the U.S for 20 years.

The Serious Fraud Office dropped a probe of alleged corruption in December tied to the Saudi contract after a review by Attorney General Peter Goldsmith and intervention by Blair.

The probe threatened to have "devastating'' consequences for national security, Blair said on Jan. 16.

"Had we proceeded with this investigation it would have significantly damaged our relationship with Saudi Arabia and that relationship is of vital importance including fighting terrorism in this country,'' Blair said.

In March, the Organization for Economic Cooperation and Development criticized the decision to drop the probe. ``There are investigations but no prosecutions,'' Mark Pieth, a spokesman for the organization, said on March 14.

A bribe doesn't need to take place in the U.S. for the government to open a case, said Gary DiBianco, a Washington-based partner at law firm Skadden, Arps, Slate, Meagher & Flom, who specializes in bribery cases.

The Justice Department can prosecute foreign companies as long as some transaction associated with the bribery such as a wire transfer, happened on U.S. soil.

"The government takes a broad view of what would constitute connections to the United States,'' DiBianco said.

BAE secretly paid Prince Bandar through an account at Riggs bank in Washington, the Guardian reported on June 7.

The Justice Department has increased its focus on overseas bribery cases over the past few years. In February, three subsidiaries of Vetco International Ltd., an oil supply company, agreed to plead guilty and pay a $26 million penalty for bribing Nigerian customs officials, the largest criminal fine imposed in a U.S. foreign corruption case.

Baker Hughes Inc., the world's third-largest oil services provider, agreed in April to pay $44.1 million in criminal and civil penalties to resolve charges that a subsidiary bribed an official of Kazakhstan's state-owned oil company to help win a $219 million contract.

Other companies that have said they are under investigation for potential violations of the foreign-bribery law include automaker DaimlerChrysler AG and Siemens AG, Germany's biggest engineering company.
Jaclyn Lesch, a Justice Department spokeswoman, declined to comment on the investigation into BAE's business dealings.

BAE has been shedding assets in Europe to expand in the U.S., where it is the Pentagon's eighth-largest supplier. In October, the company sold its 20 percent stake in Airbus SAS, the biggest maker of commercial aircraft, for 2.75 billion euros. 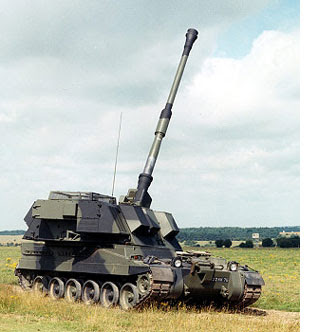 BAE acquired Armor Holdings Inc., a U.S. military vehicle maker, for $4.14 billion in May to win Pentagon contracts for armored vehicles used in Iraq and Afghanistan.

The U.K. company supplies guns to the U.S. Navy and missile warning systems to the U.S. Army. It is also a partner on the Joint Strike Fighter project and repairs Bradley Fighting Vehicles for troops in Iraq and Afghanistan.

"We know that BAE is trying to win further business in the U.S., which may be put on hold while the investigation takes place,'' said Jeremy Batstone, an analyst with Charles Stanley in London with a "hold'' rating on the stock.

Over the last 20 years, BAE has supplied aircraft, defense systems and training to Saudi Arabia and 4,600 of its employees work in the kingdom. The U.K. and Saudi governments are in discussions about a new military contract expected to include supplying 72 Eurofighter Typhoons to the Middle Eastern country.

BAE appointed Harry Woolf, former chief judge of England and Wales, on June 15 to lead a panel that will investigate BAE's ethical standards after the allegations of secret payments.

The group will examine ``policies and processes,'' though it won't look into Saudi arms sales because they have been ``exhaustively'' investigated, BAE Chairman Dick Olver said then.

The U.S. probe of BAE probably won't change the position of the U.K. government, said Malcolm Rifkind, a Conservative member of Parliament who served as foreign secretary from 1995 to 1997.

``It continues the controversy,'' Rifkind said on BBC Radio 4 today. ``But will it have long term consequences? I doubt it. There was an investigation in the U.K., and national security took precedence. That could happen in the U.S. as well.'' Blair's office declined to comment on the U.S. probe.
Posted by Alex Constantine at Tuesday, June 26, 2007