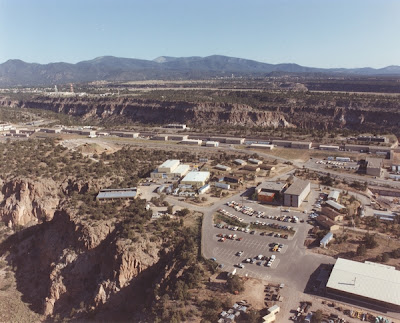 An appropriation bill that includes funding for Los Alamos National Laboratory sailed out of committee Thursday with a unanimous 28-0 endorsement. The Senate Appropriation Committee approved a $32.7 billion bill containing funds for the Department of Energy and its nuclear weapons activities under the National Nuclear Security Administration (NNSA), as well as the Bureau of Reclamation and Army Corps of Engineers.

If passed by the Senate after the holiday recess, the measure would contrast with a bill now waiting for approval in the House on funding for nuclear projects at LANL.

The House bill contains no funding for the Reliable Replacement Warhead project, for example, while the Senate bill reduced the president's request by $22.7 to $66 million for a feasibility study on a proposed new generation of nuclear warheads.

Neither the House nor the Senate versions support NNSA's Complex 2030, a long-range plan to consolidate and reduce the size of the nuclear complex.

The House called for the Energy Secretary to consult with the Pentagon and Intelligence community to develop a comprehensive nuclear security plan, before funding Complex 2030.
Sen. Pete Domenici, R-N.M., ranking member on the energy subcommittee, emphasized the bipartisan support demonstrated for the bill in the committees.

"We are presenting the Senate a package that takes a balanced and serious look at making changes to our nuclear stockpile and nonproliferation missions," he said in an announcement after the vote. "We have put greater focus on science and experimental activities within the NNSA, including high performance computing."

In a separate announcement, Sen. Jeff Bingaman, D.NM., emphasized LANL security upgrades included in the Senate bill. These include $49.6 million for upgrades at the Plutonium Facility; $45 million to support consolidation of a set of new classified vaults, and an additional $12 million to complete cyber-security upgrades.

"This bill is a very good starting point," Bingaman said. "It does a good job funding the most important work performed by our two outstanding national laboratories."

Under the Senate bill, NNSA would receive $9.56 billion. Weapons activities would go up for next year by $231 million. Non-proliferation work would see a $200 million increase.