Inside the Creationist Dispute 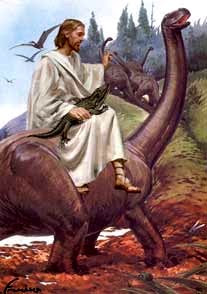 Last week, The Post reported on a lawsuit an Australian creationist group is pursuing against its American cousin, the Boone County-based Answers in Genesis.

According to CMI, though, it's also part of AIG's ongoing attempts to destroy it, an organization AIG worked with closely for two decades.

It's all detailed in a 40-page report by Clarrie Briese, a former chief state magistrate in Australia, and a member of CMI.

The report is a must read if you want a behind-the-scenes look at the foremost proponents of the idea that God created the universe from nothing in six days, 6,000 years ago.

Briese chaired a committee that CMI formed to investigate allegations that AIG had made. AIG didn't cooperate with the investigation.

After looking over about 700 pages of evidence, Briese found no wrongdoing by CMI, but lots on the part of AIG.

In his view, the dispute began in August 2004, when officers of both groups asked Answers to reorganize, in part to make the ministry less dependent on its founder, Ken Ham.

The reformers also wanted to address the problem of low staff morale at Answers. 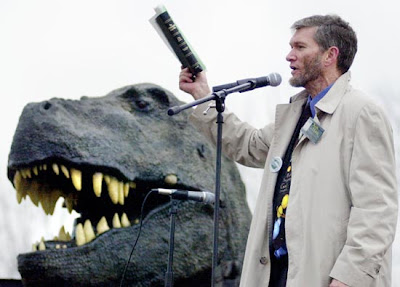 According to Briese, in a letter to the Answers board, then-Answers COO Brandon Vallorani wrote, "Ken's track record with staff has been To Put It Mildly less than desirable. He is perceived to be harsh and unforgiving .... There is an unhealthy fear of Ken."

Until the reform attempt, the two ministries had excellent relations. They had common board members, they shared articles, they even shared the Answers in Genesis name and the same Web site.

But that all changed quickly.

AIG in America fired Vallorani, its second-in-command, and gave him a payout on condition of silence, according to Briese.

When Ham sees a threat to his dominant position in the worldwide creationism movement, he retaliates, Briese wrote, and that's what he proceeded to do to CMI.

Ham's a persuasive guy, as those who have talked with him can attest. Vallorani evidently learned that first-hand.

"I just got off the phone with Ken," the report quotes Vallorani as saying in an e-mail. "I have just been 'spun' to agree with him on every point. I watched it happen. I felt it happen. I can't believe it happened. Now I don't know up from down." In October 2005, Briese found, Ham persuaded the Australian group's board of directors to sign documents that gave virtual control of CMI to AIG.

Briese concluded that, had the board known what they were signing, they never would have done so, because the documents were too damaging to CMI. That board later resigned after CMI management and the creationism community in Australia protested.

Ever since then, CMI has tried to get Answers to nullify or renegotiate those documents, but Answers won't do it. 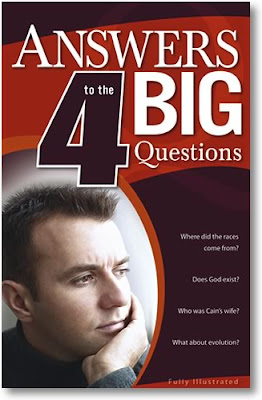 AIG also misled subscribers to the CMI magazines into thinking that they were not available anymore, while signing them up for subscriptions to AIG's new magazine, "Answers." This caused massive financial damage to CMI, Briese found.

I remember when we interviewed Ham for a story about the new magazine.

Did he mention the CMI magazines that already existed, or that AIG was co-opting those subscribers? No, he didn't.

Briese found evidence of other, dirtier retaliation as well. I'll write more about that next week.

Staff reporter Kevin Eigelbach writes on religion for The Post. Reach him at keigelbach@cincypost.com. 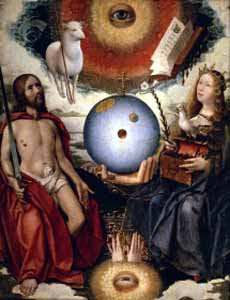 Ken Ham is one morally bankrupt person. If you don't know who he is, Ken Ham is the co-founder of the Austrailian Creationist group Answers in Genesis. He spends his time traveling around the world speaking to large groups of children and their parents about his view on Creation and Evolution. While the parents are there as escorts, it is the young easily swayed minds of the children he is after. These are some excerpt from an LA Times article that show the tatics he uses on the kids.

""Boys and girls," Ham said. If a teacher so much as mentions evolution, or the Big Bang, or an era when dinosaurs ruled the Earth, "you put your hand up and you say, 'Excuse me, were you there?' Can you remember that?"

The children roared their assent.

"Sometimes people will answer, 'No, but you weren't there either,' " Ham told them. "Then you say, 'No, I wasn't, but I know someone who was, and I have his book about the history of the world.' " He waved his Bible in the air.

"Who's the only one who's always been there?" Ham asked.

"God!" the boys and girls shouted.

"Who's the only one who knows everything?" 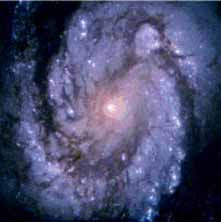 "So who should you always trust, God or the scientists?"

The children answered with a thundering: "God!"

He showed the children a photo of a fossilized hat found in a mine to prove it doesn't take millions of years to create ancient-looking artifacts. He pointed out cave drawings of a creature resembling a brachiosaur to make the case that man lived alongside dinosaurs after God created all the land animals on Day 6.

In a bit that brought the house down, Ham flashed a picture of a chimpanzee. "Did your grandfather look like this?" he demanded.

"And did your grandmother look like that?" Ham displayed a photo of the same chimp wearing lipstick. The children erupted in giggles. "Noooooo!"

These types of tactics can easily sway the children who can not know any better and do not have the brain function to yet understand the complexity of evolution or for that matter basic biology. These little fun games he plays endear him to the impressionable kids that he is trying to brainw... I mean convert. From then on he can do no wrong in their eyes. Truth is, he's using junk science at it's worse to try and prove his utterly failed point and is transfering that dangerous technique to the children. Asking someone if they were there as proof of some event in the past is childish.... and thats why it works on the kids. Doing this is intentionally misleading and is morally repugnant. He is building the basis for failure in these kids when they enter the real world and have to compete in biology, physics, mathematics. Instead of giving them the tools to rationally think through problems and find solutions his is giving them the ultimate get out of thought free card, God.
Posted by Alex Constantine at Thursday, June 28, 2007