The federal government hijacked radio and TV transmissions in the Midwest yesterday with test signals that triggered the sort of high-level emergency alert that is reserved for use by the president.

The Quincy Herald says alerts were sent at 7:33 a.m., 7:49 a.m., 7:55 a.m. and 8:07 a.m. Radio listeners heard nothing but dead air. TV viewers saw a scrolling message that said: "The Emergency Action Notification Network has issued an emergency action notification for the United States, beginning at ..." 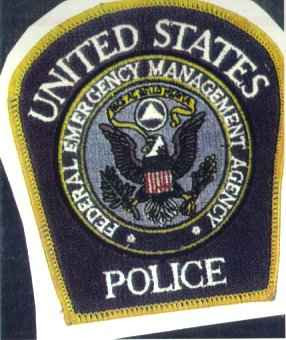 "While the interrupted morning drive-time broadcasts proved the Illinois system worked, the fact that what's known as an Emergency Action Notification, or EAN -- the highest level of EAS alert, indicating an emergency message is coming from the White House -- could be relayed mistakenly to override stations was a bit of a jolt, sending engineers scrambling at the affected outlets throughout Illinois and in adjacent media markets such as St. Louis," the Chicago Tribune reports. "Compounding the error, an actual presidential code, minus any audio explanation, was sent rather than a lesser alert or a notification of a systems test of some kind."

A FEMA spokeswoman tells the paper that this "unintentional disruption" occurred after a new piece of equipment in Springfield, Ill., picked up test signals that were being sent between Cleveland and Richmond, Va. WLS-TV expands on this explanation: "The federal emergency management agency is adapting satellites to handle emergency messages, and a government contractor Tuesday was testing it for Illinois, except he used active codes to send the message."

The Congressional Research Service has a report on the emergency alert system:

Excerpt: The Intelligence Reform and Terrorism Prevention Act (P.L. 108-458) addressed the possibility of using advanced telecommunications and Internet technologies for emergency notification by requiring the Department of Homeland Security (DHS) to implement pilot projects. On June 26, 2006, President George W. Bush issued an executive order stating that U.S. policy is “to have an effective, reliable, integrated, flexible, and comprehensive system to alert and warn the American people.” ...