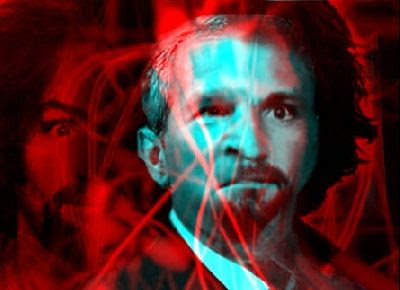 " ... Alarcon refused to comment on whether Cuba has evidence of a plot to assassinate Castro, saying only that 'President Bush is very good in the business of killing people . ... '''


HAVANA (AP) - A top Cuban official said Friday he hopes the United States will experience ``regime change'' and stop interfering in the affairs of governments around the globe.

In an interview with CNN, National Assembly President Ricardo Alarcon was asked to react to comments by Secretary of State Condoleezza Rice, who said while traveling in Spain that ``there must be a democratic transition in Cuba.''

Alarcon responded that he hopes ``there will be a regime change in your country.''

``A change from war to peace, a change (from) arrogance and this kind of interfering in everybody's affairs, and looking back a little bit at home and (facing) the real problems Americans have,'' he said.1

Alarcon also told CNN that ``the worst moments are behind'' Cuban leader Fidel Castro, who shocked Cuba and the world last July when he announced he was temporarily stepping aside in favor of a government headed by his younger brother Raul and a consortium of officials including Alarcon.

``Practically you can say he is fully recovered,'' Alarcon said.

Washington, which maintains a 45-year-old embargo and travel ban against communist Cuba, has long said it hopes a democratically elected government will take over in the wake of Castro's illness.

The 80-year-old Castro has not been seen in public since falling ill, but life on the island has remained little changed.

Castro has written a string of signed essays recently, and this week quoted President Bush as saying, ``I'm a hard-line president and I'm only waiting for Castro to die.''

``I'm not the first, nor will I be the last, that Bush has ordered to be deprived of life,'' wrote Castro, who provided few details about when the U.S. president allegedly made the comments.

Alarcon refused to comment on whether Cuba has evidence of a plot to assassinate Castro, saying only that "President Bush is very good in the business of killing people.''

"Just watch CNN every day and you will see how many Iraqis, how many innocent people, are losing their lives,'' he said.
Posted by Alex Constantine at Friday, June 29, 2007