The Enduring Lies of Ronald Reagan 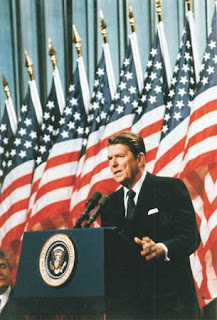 The canonization of Ronald Reagan rests crucially on one thing Reagan himself did well: forgetting the facts. It seems timely to exhume a few.

Ronald Reagan was a saint, a commanding leader, the gold standard of principled conservatism against whom all current and future Republicans should be measured. This is the new mantra coming out of the Republican race for the presidency as the current crop of candidates scramble, quite understandably, to distance themselves from the walking disaster that is George W. Bush.

In the Fox News-hosted “debate” among the Republican hopefuls, Ron Paul, Rudi Giuliani and others were quick to wrap themselves in the Reagan mantle. When Fred Thompson—actor turned politician—entered the race, he evoked huge sighs of relief among Republicans, who see him as the one best able to recapture the Gipper’s magic. Coincidentally, Reagan’s diaries, edited by Douglas Brinkley, have just been published and also seek to cast him as “a true American leader”.

While much of the neocon agenda is in tatters right now, certainly one of its most successful achievements has been the canonization of Ronald Reagan, which rests crucially on one thing Reagan himself did so well: forgetting the facts. So it’s time to exhume a few.

First to go is the myth that Reagan was the most popular president since FDR. Fairness & Accuracy in Reporting reminds us, “During the first two years of Reagan’s presidency, the public was giving President Reagan the lowest level of approval of all modern elected presidents. Reagan’s average first-year approval rating was 58 percent—lower than Dwight Eisenhower’s 69 percent, Jack Kennedy’s 75 percent, Richard Nixon’s 61 percent and Jimmy Carter’s 62 percent.” At the end of his second year, (remember the Reagan recession?) Reagan’s approval rating was 41 percent; after the Iran-Contra scandal was revealed, Reagan’s approval rating stood at 46 percent. His approval rating for his entire presidency was lower than Kennedy’s, Eisenhower’s and even Johnson’s, and at times he was one of the most unpopular presidents in recent history. 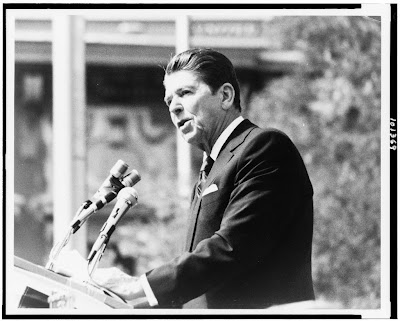 Also forgotten is Reagan’s own embarrassing propensity to just make things up. Reagan was a dunce and a fabricator. One of his most famous assertions was, “Trees cause more pollution than automobiles do,” and he maintained, wrongly, that sulfur dioxide emitted from Mount St. Helens was greater than that emitted by cars over a 10-year period. (In one day, cars emit 40 times what Mount St. Helens released in a day even at its peak activity.) In 1985, Reagan praised the P.W. Botha’s apartheid regime of South Africa for eliminating segregation, a blunder then-Press Secretary Larry Speakes had to correct a few days later.

Other examples abound: During a 1983 Congressional Medal of Honor ceremony Reagan told a story about military heroism that New York Daily News columnist Lars-Erik Nelson wrote never happened. Nelson had checked the citations on all 434 Congressional Medals of Honor awarded during WWII. The scene Reagan described did appear, however, in the 1944 film A Wing and a Prayer. Larry Speakes’ response? “If you tell the same story five times, it’s true.” 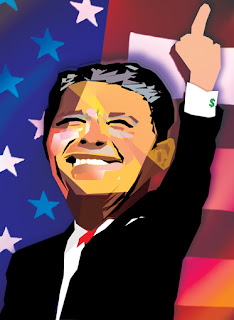 And let’s not forget the wages of “trickle down” economics and “Reaganomics,” from which we have still not recovered. In 1982, the Congressional Budget Office found that taxpayers earning under $10,000 lost an average of $240 from Reagan’s 1981 tax cuts, while those earning more than $80,000 gained an average of $15,130. By that fall, the jobless rate hit 10.1 percent—the worst in 42 years, and a year later 11.9 million were out of work. In 1983, the country’s poverty rate rose to 15 percent, the highest level since the mid-’60s. In 1984, a congressional study reported that cuts in welfare had pushed more than 500,000 people—the majority of them children—into poverty. Then-Attorney General Ed Meese’s response? “I don’t know of any authoritative figures that there are hungry children … people go to soup kitchens because the food is free and that’s easier than paying for it.”

The neocons would have us believe that Reagan was also a foreign policy genius. Space prevents me from detailing his administration’s adventures and blunders in Grenada, in Beirut and the visit to the Nazi cemetery in Bitburg. So let’s just remember aid to the Nicaraguan Contras, whom Reagan likened to the Founding Fathers, and the revelation that the CIA had produced a manual that taught them, in part, how to kidnap and “neutralize” government officials. Iran-Contra—the secret and illegal selling of weapons to our sworn enemy, Iran, to then fund the Contras—was both a constitutional disaster and a foreign policy blunder about which we were asked to believe Reagan knew nothing. His administration was also thoroughly corrupt: Eight senior officials in his administration were indicted. 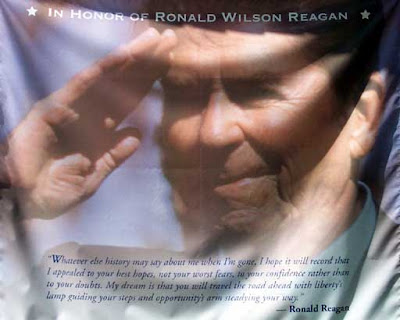 Fabrication, lying, cruel and counterproductive policies at home and abroad, bloating of the deficit, widening the gap between rich and poor: These are the Reagan legacy. As Republican candidates seek to wear his mantle, their Democratic opponents need to remind Americans exactly what they are putting on.
http://www.inthesetimes.com/article/3242/the_enduring_lies_of_ronald_reagan/

Susan J. Douglas is a professor of communications at the University of Michigan and author of The Mommy Myth: The Idealization of Motherhood and How it Has Undermined Women.
Posted by Alex Constantine at Saturday, June 23, 2007