Vice President is Not Part of the Executive Branch, Dick Cheney Says 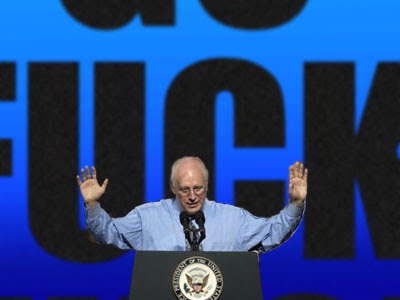 WASHINGTON — Dick Cheney, who has wielded extraordinary executive power as he transformed the image of the vice presidency, is asserting that his office is not actually part of the executive branch.

In a simmering dispute with the National Archives that heated up on June 21, Cheney has long maintained that he does not have to comply with an executive order on safeguarding classified information because, in fact, his office is part of the legislature.

Cheney, whose single constitutional duty is to serve as president of the Senate, says the vice president's office is not an "entity within the executive branch" and therefore not subject to annual reporting or periodic on-site inspections under the 1995 executive order, which was updated four years ago by President Bush.

The vice president has been refusing to cooperate with the National Archives office assigned to oversee the handling of classified data since 2003.

House Oversight Committee Chairman Henry Waxman, a California Democrat, in a letter posted on the Internet on June 21, told Cheney it was "irresponsible" to reject security oversight.
Posted by Alex Constantine at Friday, June 22, 2007