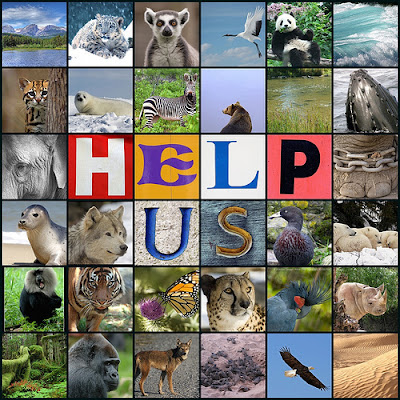 Federal biologists will reconsider several decisions affecting endangered mice, flies and the Canada lynx after an internal review found they were improperly influenced by a former Bush administration political appointee. Among the decisions that could be reversed is the determination last year to slash 90 percent of the proposed critical habitat for an imperiled frog in California. In the East Bay, 99 percent of the proposed critical habitat for California red-legged frogs was eliminated.

The announcement Friday by the U.S. Fish and Wildlife Service was the first public acknowledgment by the agency that Julie MacDonald, the former deputy assistant secretary of Interior, improperly weakened protections for imperiled fish and wildlife.

It was also the latest evidence that Bush administration officials have routinely manipulated scientific information for political ends.
On Friday, Hall said a review found eight instances where MacDonald improperly altered scientific findings to change key decisions made in the Fish and Wildlife Service's regional offices.

The agency, which is responsible for enforcing protection for endangered species, so far has no plans to revise decisions that were influenced by MacDonald out of policy considerations.

A 2003 decision to take Sacramento splittail off the list of protected species is not among those scheduled for review.

However, that decision, which appears to be the first time the agency de-listed a fish, is the subject of a federal investigation prompted by a story in the Times. The Times reported on May 20 that MacDonald participated in the splittail decision despite the fact that her family owns a working farm in an area near Dixon that is important splittail habitat.

"The splittail decision is the major focus of an additional investigation by the Inspector General," said Fish and Wildlife Service spokesman Chris Tollefson. "We're waiting for the IG's investigation to run its course."

But the Fish and Wildlife Service said it will revisit an earlier decision to take the Preble's meadow jumping mouse off the list of endangered species and move forward with consideration of listing the white-tailed prairie dog. Habitat designations for a dozen Hawaiian picture-wing fly species will also be revised because MacDonald improperly directed biologists to designate no more than 1 acre per species of fly.

In addition, the service found improper influence by MacDonald in several other decisions that will be reviewed and possibly revised. Those included critical habitat designations for the red-legged frog, Preble's meadow jumping mouse, arroyo toad, southwestern willow flycatcher and Canada lynx.

"We're not redoing decisions that were policy calls on Julie MacDonald's part," said Alexandra Pitts, an agency spokeswoman in the Sacramento regional office. "We looked at those decisions where she had a lot of involvement in the scientific information that was used."

Pitts added, however, that many more decisions could be revisited if officials in Washington ask for a review of how she directed policy.

Reaction to the announcement was mixed. Some critics called it a good first step, but environmental groups mostly said the agency was not going nearly far enough.

Rep. George Miller, D-Martinez, a member of the committee whose inquiry into MacDonald helped prompt the review, said he hoped Congress would continue pressing for more information from the Interior Department.

"It can't be the end of it because they don't have the credibility to render a conclusion," Miller said. "I think they defined it (the scope of the investigation) as narrow as they could so they have the least amount of liability and exposure."

MacDonald resigned April 30, a month after an inspector general investigation found she bullied biologists and improperly leaked documents to friends and political allies, including the California Farm Bureau, someone at ChevronTexaco and the Pacific Legal Foundation, a Sacramento property rights law firm.

An engineer by training with no scientific background, MacDonald routinely phoned biologists and sought to weaken protection for wildlife, the inspector general found.

Though the report noted MacDonald took a particular interest in California because of her family's property in the state, it did not examine her influence on the withdrawal of Sacramento splittail from the endangered species list.

Her participation is noteworthy because her family owns an 80-acre farm in the Yolo bypass, which is prime splittail habitat.

Federal law prohibits federal officials from participating in decisions in which they have a financial stake in almost all circumstances.
Mike Taugher covers natural resources. Reach him at 925-943-8257 or mtaugher@cctimes.com.