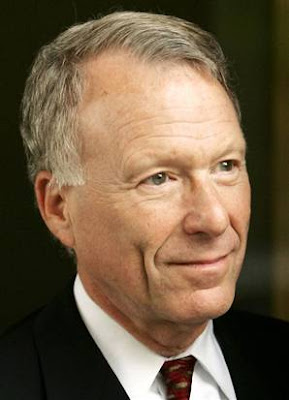 WASHINGTON, July 12 (UPI) — The judge who sentenced Lewis Libby to 30 months said Thursday he is perplexed by U.S. President George W. Bush's description of the sentence as excessive.

Judge Reggie Walton made his comments in an order that Libby report as soon as possible to a probation officer, The Los Angeles Times reported. Bush last week commuted the sentence given Libby, who resigned as chief of staff to Vice President Dick Cheney when he was charged with perjury and obstruction of justice.

Bush appointed Walton to the U.S. District Court partly because of his reputation for upholding the law and giving tough sentences. In his order, Walton pointed out that the 30-month sentence was within the federal guidelines and not the maximum he could have imposed.

In light of these considerations ... it is fair to say that the court is somewhat perplexed as to how its sentence could accurately be characterized as 'excessive,' Walton wrote.
Posted by Alex Constantine at Friday, July 27, 2007