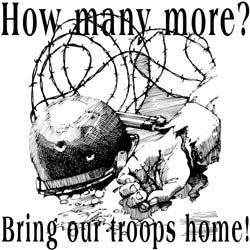 "'Unless systemic and drastic measures are instituted immediately, the costs to these veterans, their families, and our nation will be incalculable, including broken families, a new generation of unemployed and homeless veterans, increases in drug abuse and alcoholism, and crushing burdens on the health care delivery system,'" the complaint states." 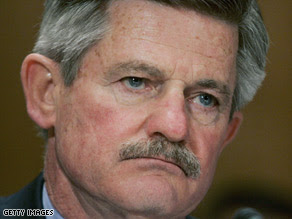 The class-action lawsuit against the U.S. Department of Veterans Affairs, filed Monday in federal court in San Francisco, seeks broad change in the agency as it struggles to meet growing demands from veterans returning home from Iraq and Afghanistan.

Suing on behalf of hundreds of thousands of veterans, it charges that the VA has failed warriors on several fronts -- from providing prompt disability benefits, to adding staff to reduce wait times for medical care to boosting services for post-traumatic stress disorder.

The lawsuit also accuses the VA of deliberately cheating some veterans by allegedly working with the Pentagon to misclassify PTSD claims as pre-existing personality disorders to avoid paying out benefits. The VA and Pentagon have generally denied such charges.

VA spokesman Matt Smith said Monday he could not comment on a pending lawsuit. But he said the agency is committed to meeting the special needs of Iraq war veterans.

"Through outreach efforts, the VA ensures returning Global War on Terror service members have access to the widely recognized quality health care they have earned including services such as prosthetics or mental health care," he said. "VA has also given priority handling to their monetary disability benefit claims."

The lawsuit comes amid intense political and public scrutiny of the VA and Pentagon following reports of shoddy outpatient care of injured soldiers at Walter Reed Army Medical Center and elsewhere.

"Unless systemic and drastic measures are instituted immediately, the costs to these veterans, their families, and our nation will be incalculable, including broken families, a new generation of unemployed and homeless veterans, increases in drug abuse and alcoholism, and crushing burdens on the health care delivery system," the complaint states.

It asks that a federal court order the VA to make immediate improvements that would speed disability payments, ensure fairness in awards and provide more complete access to mental health care.

Earlier this month, a federal appeals court in San Francisco issued a strong rebuke of the VA in ordering the agency to pay retroactive benefits to Vietnam War veterans who were exposed to Agent Orange and contracted a form of leukemia.

"The performance of the United States Department of Veterans Affairs has contributed substantially to our sense of national shame," the opinion from the 9th U.S. Circuit Court of Appeals read.

Nicholson abruptly announced last week he would step down by October 1 to return to the private sector. He has repeatedly defended the agency during his 21/2-year tenure while acknowledging there was room for improvement.

Some veterans say those measures aren't enough. In the lawsuit, they note that government investigators warned as early as 2002 that the VA needed to fix its backlogged claims system and make other changes.

Yet, the lawsuit says, Nicholson and other officials still insisted on a budget in 2005 that fell $1 billion short, and they made "a mockery of the rule of law" by awarding senior officials $3.8 million in bonuses despite their role in the budget foul-up.

Today, the VA's backlog of disability payments is now between 400,000 and 600,000, with delays of up to 177 days to process an initial claim and an average of 657 days to process an appeal. Several congressional committees and a presidential commission are now studying ways to improve care.

"While steps can and will be taken in the political arena, responsibility for action lies with the agency itself," said Melissa W. Kasnitz, managing attorney for Disability Rights Advocates, in a telephone interview. Her group is teaming up with a major law firm, Morrison & Foerster, to represent the veterans.

"We don't believe the problems will be fixed by the VA if we wait for them," she said. "In the meantime, it is veterans who risk their lives for our country who are suffering the consequences."

The lawsuit cites violations of the Constitution and federal law, which mandates at least two years of health care to injured veterans.

The veterans groups involved in the lawsuit are Veterans for Common Sense in Washington, D.C., which claims 11,500 members, and Veterans United for Truth, based in Santa Barbara, California, with 500 members.
Posted by Alex Constantine at Monday, July 23, 2007