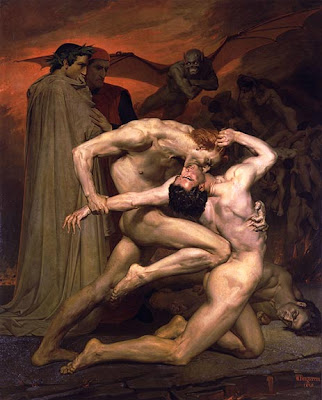 Perhaps your real life is so rich you don't have time for another. Even so, the US Department of Defense (DOD) may already be creating a copy of you in an alternate reality to see how long you can go without food or water, or how you will respond to televised propaganda.

The DOD is developing a parallel to Planet Earth, with billions of individual "nodes" to reflect every man, woman, and child this side of the dividing line between reality and AR.

Called the Sentient World Simulation (SWS), it will be a "synthetic mirror of the real world with automated continuous calibration with respect to current real-world information", according to a concept paper for the project.

"SWS provides an environment for testing Psychological Operations (PSYOP)," the paper reads, so that military leaders can "develop and test multiple courses of action to anticipate and shape behaviors of adversaries, neutrals, and partners".

SWS also replicates financial institutions, utilities, media outlets, and street corner shops. By applying theories of economics and human psychology, its developers believe they can predict how individuals and mobs will respond to various stressors.

Yank a country's water supply. Stage a military coup. SWS will tell you what happens next.

"The idea is to generate alternative futures with outcomes based on interactions between multiple sides," said Purdue University professor Alok Chaturvedi, co-author of the SWS concept paper.

SEAS users can visualise the nodes and scenarios in text boxes and graphs, or as icons set against geographical maps.

Corporations can use SEAS to test the market for new products, said Chaturvedi. Simulex lists the pharmaceutical giant Eli Lilly and defense contractor Lockheed Martin among its private sector clients.

The US government appears to be Simulex's number one customer, however. And Chaturvedi has received millions of dollars in grants from the military and the National Science Foundation to develop SEAS.

Chaturvedi is now pitching SWS to DARPA and discussing it with officials at the US Department of Homeland Security, where he said the idea has been well received, despite the thorny privacy issues for US citizens.

In fact, Homeland Security and the Defense Department are already using SEAS to simulate crises on the US mainland.

The Joint Innovation and Experimentation Directorate of the US Joint Forces Command (JFCOM-J9) in April began working with Homeland Security and multinational forces over "Noble Resolve 07", a homeland defense experiment. 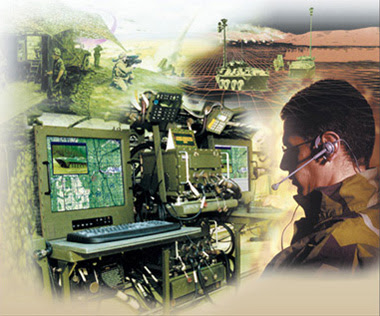 In August, the agencies will shift their crises scenarios from the East Coast to the Pacific theatre.

JFCOM-9 is now capable of running real-time simulations for up to 62 nations, including Iraq, Afghanistan, and China. The simulations gobble up breaking news, census data, economic indicators, and climactic events in the real world, along with proprietary information such as military intelligence.

Military and intel officials can introduce fictitious agents into the simulations (such as a spike in unemployment, for example) to gauge their destabilising effects on a population.

Officials can also "inject an earthquake or a tsunami and observe their impacts (on a society)", Chaturvedi added.

Jim Blank, modelling and simulation division chief at JFCOM-J9, declined to discuss the specific routines military commanders are running in the Iraq and Afghanistan computer models. He did say SEAS might help officers determine where to position snipers in a city square, or to envision scenarios that might emerge from widespread civil unrest.

"Future wars will be asymetric in nature. They will be more non-kinetic, with the center of gravity being a population."

The Iraq and Afghanistan computer models are the most highly developed and complex of the 62 available to JFCOM-J9. Each has about five million individual nodes representing things such as hospitals, mosques, pipelines, and people.

Feeding a whole-Earth simulation will be a colossal challenge.

"(SWS) is a hungry beast," Blank said. "A lot of data will be required to make this thing even credible."

Alok Chaturvedi wants SWS to match every person on the planet, one-to-one.

One organisation has achieved a one-to-one level of granularity for its simulations, according to Chaturvedi: the US Army, which is using SEAS to identify potential recruits.

Chaturvedi insists his goal for SWS is to have a depersonalised likeness for each individual, rather than an immediately identifiable duplicate. If your town census records your birthdate, job title, and whether you own a dog, SWS will generate what Chaturvedi calls a "like someone" with the same stats, but not the same name.

Of course, government agencies and corporations can add to SWS whatever personally-identifiable information they choose from their own databases, and for their own purposes.

And with consumers already giving up their personal information regularly to websites such as MySpace and Twitter, it is not a stretch to imagine SWS doing the same thing.

"There may be hooks through which individuals may voluntarily contribute information to SWS," Chaturvedi said.

SEAS bases its AI "thinking" on the theories of cognitive psychologists and the work of Princeton University professor Daniel Kahneman, one of the fathers of behavioural economics.

Chaturvedi, as do many AR developers, also cites the work of positive psychology guru Martin Seligman (known, too, for his concept of "learned hopelessness") as an influence on SEAS human behaviour models. The Simulex website says, if a bit vaguely, SEAS similarly incorporates predictive models based upon production, marketing, finance and other fields.

But SWS may never be smart enough to anticipate every possibility, or predict how people will react under stress, said Philip Lieberman, professor of cognitive and linguistic studies at Brown University.

"Experts make 'correct' decisions under time pressure and extreme stress that are not necessarily optimum but work," said Lieberman, who nevertheless said the simulations might be useful for anticipating some scenarios.

JFCOM's Blank agreed that SWS, which is using computers and code to do cultural anthropology, does not include any "hard science at this point".
"Ultimately," said Blank, "the guy to make decision is the commander."

Right now, the 62 simulated nations in SEAS depict humans as composites, at a 100-to-1 ratio.
Posted by Alex Constantine at Friday, July 27, 2007