Participants in 2002 Venezuelan coup violence get day in court— in D.C. 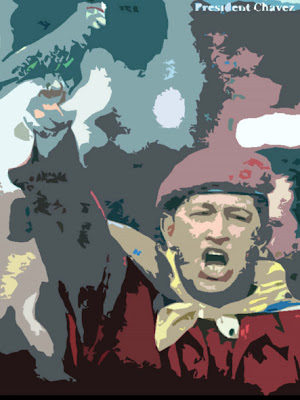 WASHINGTON — For the first time, Alfredo Romero had a chance on Friday to accuse the government of Venezuelan President Hugo Chavez , but he had to settle for a venue outside of Caracas .

A video showed anti-Chavez protester Jesus Arellano collapsing, then dying from a gunshot to the chest. A blurry photo showed the presumed shooter, a civilian stooped over with a gun.

Romero represents Arellano and six other Venezuelans killed in Caracas on April 12, 2002 — a day when street clashes between Chavez supporters and opponents left at least 18 dead and sparked a brief military coup against the leftist president.

Rejected by Venezuelan courts, Romero and two other lawyers brought their case before the Inter-American Commission on Human Rights , a branch of the Organization of American States .

The IACHR will decide whether the Chavez government has purposefully dragged its feet on the case, as Romero argues, or, as government lawyers contend, is simply stymied by the complexities of investigating the chaotic events of April 12 .

The two sides don't even agree on the number of casualties. Government lawyers said 18 were killed and 79 wounded. The other side said 19 died and more than 140 were hurt. The victims included both critics and supporters of Chavez.

Romero blamed Venezuelan government agents for what happened. He narrated his version of the violence using dramatic videos, photos and a scale model of the eight blocks in Caracas where the key clashes took place.

Black paper figures represented the victims, red ones the shooters.

Romero said after the hearing that he built the model in 2003 for a Venezuelan Supreme Court hearing that never happened.

"Finally, you can hear the facts," Romero told a panel of three IACHR jurists, "or our version of the facts."

The two sides also squabbled over who was responsible for the bloodshed.

The victims' lawyers said that before an opposition march had even begun on April 12 , Chavez had convened his supporters to the presidential palace to "defend" his government, making a showdown with peaceful protesters all but inevitable. News videos taken that day showed Chavez supporters firing on the marchers.

Government lawyers said it was the Chavez opposition— defined to include the media, politicians, the U.S. government, unions and business groups— that steered the protest march toward the presidential palace. They also claimed that police snipers friendly to the opposition gunned down some of the marchers to provoke an anti-Chavez reaction.

When senior military officers saw the mayhem on the streets, they toppled Chavez and took him into custody. Loyal officers returned him to power two days later.

" State Department resources were the motors of this plan," said German Saltron, a Venezuelan foreign ministry official who deals with international human-rights organizations. Washington has repeatedly denied those claims.

Alis Boscan, a Venezuelan prosecutor, told the IACHR that eight policemen from units friendly to the opposition were under investigation for shooting demonstrators. "We are searching for the truth," she said.

Saltron also criticized the IACHR itself, reiterating accusations— repeatedly denied by the OAS— that the IACHR had backed the coup through statements issued at the time.

Romero said government security forces did nothing to halt the April 12 shootings and has done little afterward to resolve the case.

"The state has not done its job. It has not investigated this objectively," said Gonzalo Himiob , another lawyer for the victims.

Of the 79 cases the government opened— some involving several victims— 67 are stuck in the preliminary phase, he said.

Coup or no coup, said Romero, the government had a responsibility to find the shooters.

Saltron, laughing ironically and shaking his head, said, "The perpetrators are trying to become the victims. They will not succeed."

When the exchange got testy, Salvadoran jurist Florentin Melendez reminded both sides to address the panel of jurists, not each other. He said the victims' lawyers were open to a friendly settlement and wondered if the government agreed. He got no response.