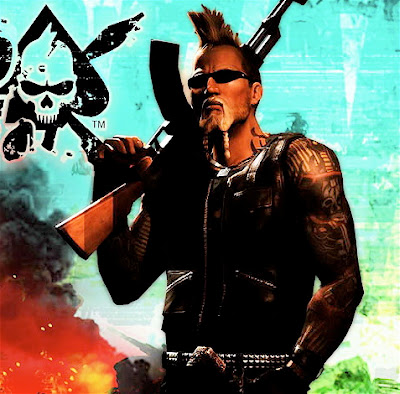 The rising tide of Afghan civilian deaths has opened a rift between the U.S. and NATO's 37,000-member International Security Assistance Force (ISAF). According to NATO officials, the U.S.'s increasing use of air power has badly damaged support for the war in both Afghanistan and Europe.

Daan Everts, the senior NATO civilian in Afghanistan, says the U.S. has created 'a fallout that is negative because the collateral damage and particularly the civilian casualties are seen as unduly high, certainly by the Afghan people. This is of concern to us.'

German Defense Minister Franz Joseph Jung said, 'We have to do everything to avoid that civilians are affected. We are in talks with our American friends about this.'

The issue has split German Chancellor Angela Merkel's 'Grand Coalition.' While Merkel's Christian Democrats generally support the war, their coalition partner, the Social Democratic Party (SDP), is suddenly feeling pressure on its portside from the newly formed united Left Party. SDP leaders have come out against renewing the current mandate to deploy German troops in Afghanistan, a vote that will come sometime this fall.

The rising tide of Afghan civilian deaths-over 1,800 killed in 2007-has helped fuel a push for United Nations participation to end the conflict. Leading the drive is British Secretary of Defense, Des Browne.

In a speech to the Council on Foreign Relations, Browne said the solutions to narcotics, security, and establishing the rule of law are political, not military. 'An overarching campaign plan is required to develop all of these disparate strands together. It has to be a strategic plan, not just a military plan...and there is no organization better placed than the UN to take that role.'

Browne said that if the international community cannot find a political solution, 'then I say to you that we have no moral right to ask our young people to expose themselves to that danger.'

In the meantime, in spite of opposition by the Kabul government, senior U.S. military officers and European nations, the Bush Administration is forging ahead with a plan to use massive aerial spraying of the herbicide glycophate to destroy Afghanistan's opium crop.

More than 90 percent of the world's opium comes from Afghanistan, and the drug trade generates about one third of the country's gross domestic product. Projections are that this year the crop will be larger than in 2006 The Germans are so opposed to the spraying that they say they will reconsider their participation in the NATO operation if it goes forward. Many military leaders are unhappy as well. Gen. Dan K. McNeil, NATO's commander in Afghanistan, says his forces are not equipped or trained to deal with drugs. 'Eradication done improperly is counter-intuitive to running the counter-insurgency because it will alienate people and you may have more insurgent people appearing than you had before.' Many Afghans agree. According to Mirwais Yasini, a member of the Afghani parliament's Committee on Counter-Narcotics, 'Aerial eradication will maximize the antagonism against the government.'

DynCorp, a private mercenary company that has done extensive spraying of coca plants in Columbia, has been contracted to do the job. Using DynCorp is hardly a coincidence. The new U.S. ambassador to Afghanistan, William Wood, oversaw the company's aerial spraying campaign in Colombia

'The U.S. is hell-bent on eradication,' Harvard University Professor Robert Rotberg, an expert on conflict resolution at the Kennedy School of Government, told the Financial Times. 'They claim it worked in Columbia and so it will work in Afghanistan. It is not clear to anyone it worked in Columbia.'

Actually, it is quite clear. Coca acreage in Columbia increased 9 percent in 2006, following a 26 percent increase in 2005. Coca acreage is the same today as it was when the spraying campaign began in 2001.

Have gun, will travel?

Widespread use of mercenaries in Iraq, Afghanistan, and Latin America by the Bush Administration has drawn the attention of the United Nations Working Group on the Use of Mercenaries, according to upsidedownworld.com.

'We have observed that in some cases the employees of private military and security companies enjoy an immunity which can easily become impunity,' says Jose Luis Gomez del Pardo, chair of the UN Working Group, 'implying that some states may contract these companies in order to avoid direct legal responsibilities.'

The Working Group found that mercenaries were recruited from throughout Latin America and then flown to Ecuador to train at the huge U.S. base at Manta. Others were trained in Honduras at a former training camp used during the Reagan Administration's war against the Sandinistas in Nicaragua.

According to the Working Group, mercenaries working for a subsidiary of an Illinois-based company, Your Solutions Inc., suffered 'irregularities in contracts, harsh working conditions, wages partially paid or unpaid, ill-treatment and isolation and lack of basic necessities such as medical treatment and sanitation.' A major reason for using private security companies is that they are not subject to Congressional oversight.

Jeffrey Shipper, who worked at Manta for DynCorp, told the Los Angeles Times that a major reason for using Latin American mercenaries was that, 'The State Department is very interested in saving money on security now. Because they're driving the prices down, we're seeking Third World people to fill the positions.'

While most American and British mercenaries earn up to $10,000 a month, Latin Americans get $1,000. Last summer, dozens of former Colombian soldiers went on strike in Baghdad because Blackwater USA, a major security firm, promised them $4,000 a month, but paid them only $1,000.

According to the Financial Times, there are hundreds of Mercenaries from Colombia, Ecuador and Chile working in Baghdad, Kirkuk and Hilla. Sanho Tree of the Institute for Policy Study estimates that there are 50,000 mercenaries working in Iraq, making them the second largest armed contingent after the U.S. Cheap wages are only one of the ways that the security companies increase their profit margin. Because the firms are private they don't have to operate with safeguards. Blackwater's flight BW61 out of Bagram Air Base in Afghanistan is a case in point. The plane- flying during the day in clear weather-was carrying mortar shells and soldiers when it hit a mountain peak last November, killing everyone on board. The pilots had been in Afghanistan less than two weeks.

'This was infinitely worse than any armed forces flight would have been. It [a military flight] would have had triple redundancy, with checklists,' the lawyer for the families of the passengers told the New York Times. Even though the plane was unpressurized and flying at 14,000 feet, neither of the pilots was wearing an oxygen mask.

The Americans are not the only ones recruiting mercenaries. Over 1,000 Fijians work in Iraq for the British company Global Risk Strategies. According to Jone Dakuvula, the director of Citizens Constitutional Forum, a non-governmental public education organization, many Fijians who have gone to Iraq have never been paid, but can't come home because their passports have been impounded.

Dakuvula says that high unemployment in rural areas is the main impetus for signing up to go to Iraq. According to Dakuvula, many Fijians come home wounded and suffering from Post Traumatic Stress to find there are no medical or psychological resources.

Iraq is now a major source of foreign exchange for the Pacific nation. Personal remittances have climbed from $50 million in 1999 to over $300 million in 2005, or seven percent of Fiji's GDP.

Whether it is Brits or Yanks hiring the mercenaries makes little difference. Getting other people to die for you is cheap and politically safe. The body bags and the maimed return to places most Americans and British will never see or think about.
Posted by Alex Constantine at Wednesday, July 25, 2007