Why NutraSweet Causes Obesity - Clearing Up the Misconceptions 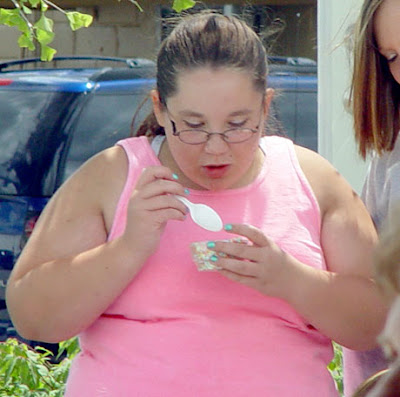 There is wide-spread confusion over the established fact that aspartame, or NutraSweet, causes obesity. The American Beverage Assn. is in the pocket of NutraSweet Co., and is prone to false and irresponsible statements concerning the product's deleterious effects on health ...


American Beverage Ass. makes an Ass. out of themselves; again!

"Just when you thought denial couldn't get any better; this just in from the American Beverage Ass. (the same people who swear that high fructose laced soft drinks aren't at all to blame for Obesity!):

"Susan Feely, president of the American Beverage Association, said the notion that diet drinks are associated with bulging waistlines defies common sense. 'How can something with zero calories that’s 99 percent water with a little flavoring in it ... cause weight gain?' she said."
http://www.commonvoice.com/article.asp?colid=7414

Common sense does explain it - once the facts are known.

The consumer hasn't been informed of the facts, and the vacuum left - by media censorship on a level that amounts to criminal collaboration - is filled by misconceptions: Ms. Havey, the author of the article, speculates: "maybe it has to do with the messed up caloric logic that us overweight folks have! We think that the mere fact that we are drinking a 'zero calorie' drink enables us to wash a cookie down with it, or a Big Mac (I know, McDonald's isn't to blame for Obesity either!.......right!) or pizza! I think we 'can' have something more caloric since we are 'saving' calories on the soda!"

This may be true, too, but the simplest explanation - supported by several independent controlled studies - is in the chemical/rDNA composition of NutraSweet. The drug breaks down in the body to methanol, and further degrades to formalehyde.

The human body is not made to absorb formaldehyde and has no idea what to do with it. So the body stores the noxious toxin in fat cells ... and in time the fat is saturated with formaldehyde ...

So the brain signals for more simple carbohydates - to create enough fat to store the noxious chemical - with a craving for potato chips, donuts, cupcakes and other fattening foods. The poor dieter doesn't understand why the pounds keep piling on, and drinks more diet soda to compensate. The cravings for carbohydrates only become more intense; the formaldehyde accretes in the fat cells until the body bloats and disease settles in.

For more information, see "NutraFear and NutraLoathing in Augusta, Georigia," by Alex Constantine, in You are Being Lied To, published by Dininformation.com. (The story is probably still posted on the web somewhere, though I haven't searched for it.)
Posted by Alex Constantine at Wednesday, July 25, 2007