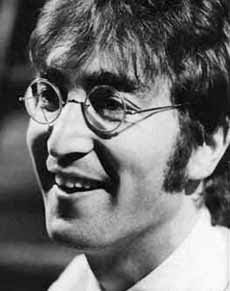 Documents obtained by The Canadian Press reveal the RCMP Security Service monitored efforts by the iconic musician and wife Yoko Ono to stage the three-day concert in early July 1970 at Ontario's Mosport Park.

A heavily censored Dec. 30, 1969, report by the Mounties notes the organizers planned to invite other members of the Beatles as well as rock 'n' roll legend Elvis Presley.

"Lennon hoped that if the festival would turn out to be a success, there would be a good chance they might take this festival to Russia," says the secret memo, portions of which were released under the Access to Information Act.

Dozens of reporters and photographers had turned out for a Toronto news conference where John and Yoko, dressed entirely in black, discussed plans for the Mosport event.

While in town, the couple stayed at the estate of fellow musician Ronnie Hawkins -- a fact noted in the RCMP report.

Much of the security memo is based on a newspaper account of the Toronto announcement, though several passages of material acquired through other means were deleted from the version disclosed to The Canadian Press.

"As further information becomes available, same will be reported on this file," the investigator wrote.

The now-defunct RCMP Security Service, forerunner of today's Canadian Security Intelligence Service, monitored the peace movement during the Cold War in a bid to ferret out subversives.

The documents are part of a large file the RCMP amassed on Rabbi Abraham Feinberg, a Jewish leader who planned to help administer funds raised through the Mosport festival for peace -related projects.

Lennon intended the Canadian festival, which never happened, as a massive advertisement for peace, beamed around the globe from a country "with all these vibrations" that, unlike the United States, was trying to stay out of foreign wars.

"We like it 'cause you're not fightin'," he told the news conference. "You're a young nation, and you're right next door to the other place."

As an increasingly bloody conflict raged in Vietnam, John and Yoko posted huge signs declaring War is Over! If You Want it in several cities, including Toronto.

Globe and Mail rock music writer Ritchie Yorke left his job with the paper to work with the couple on their quest for world peace, teaming up with brash young promoter John Brower to help organize the Mosport festival.

"It was a heady time," Yorke, 63, said in an interview from Brisbane, Australia, where he continues to write about music.

"We really believed that we were in a position that we might be able to change some things."

As Lennon turned his sights to global tranquility and new musical paths, the Beatles were quietly disintegrating, formally splitting the next year.

"It was a fairly dramatic and tumultuous time in their lives, and to be around that was quite an exciting thing, obviously," said Yorke, who remains in touch with Yoko Ono.

Seeing his name in the newly released RCMP report was "horrifying," Yorke said, but also left him "proud that we were there at that time, trying to stop the forces of repression."

Back in the day, Yorke had a hunch -- but no firm evidence -- the authorities were watching. "It was a bit suspicious," he recalled. "You'd keep seeing the same sort of person in different places."

The Mounties later shared information about the planned Mosport festival with the U.S. Federal Bureau of Investigation.

Days after unveiling the concert plans, John and Yoko travelled by train to Ottawa for a 50-minute meeting with then -prime minister Pierre Trudeau.

"There was definitely an agenda of hoping that, with the prime minister's support, the peace festival would be even bigger," Yorke said.

"Obviously they needed to take the peace campaign to the Establishment, and Pierre Trudeau was the first world leader to have the gumption and the smarts to see that meeting with someone like John Lennon would be advantageous."

The RCMP records demonstrate, however, that a welcome from the prime minister was not enough to place the peace festival organizers above the scrutiny of security officials.

Plans for the concert went awry amid wrangling over whether admission would be free, friction with Beatles manager Allen Klein and other assorted mayhem.

In a bid to rescue the festival, Yorke and Brower travelled in early 1970 to a northern Danish farmhouse where John and Yoko were staying - only to discover the couple had shorn their famous locks for charity.

"It was quite a shock to be greeted by them, in the middle of a snowstorm out in the wilds of Denmark, with no hair," Yorke said. "It had been such a trademark of their image."

John and Yoko would apologize for confusion over the festival in an April 1970 letter to Rolling Stone magazine, saying they still hoped to stage a galvanizing event.

"Have we all forgotten what vibes are?" they wrote. "Can you imagine what we could do together in the one spot - thinking, singing and praying for peace."

The RCMP files indicate the Mounties' security branch also took an interest in John and Yoko's bed -in for peace in May 1969 at Montreal's Queen Elizabeth Hotel, where they recorded the anthem Give Peace a Chance with a roomful of guests.

Among the members of the impromptu musical collective was Feinberg, a social activist and singer dubbed "the Flaming Red Rabbi" who had become friendly with Lennon.

Several volumes of Feinberg's file were released by Library and Archives Canada in response to a request under the federal access-to-information law.

RCMP notations on a news photo of Feinberg rehearsing with the long -haired Beatle were considered too sensitive to make public almost four decades later.

Other markings and deletions hint there may have been a separate Mountie file on Lennon. However, a request to the Archives for such a dossier turned up nothing.

Yorke, author of several rock tomes, is writing a book about the philosophy of Lennon, who was slain by a gunman in 1980 in New York City.