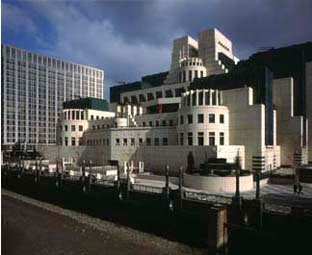 An Iraqi who was a key source of intelligence for MI5 has given the first ever full insider's account of being seized by the CIA and bundled on to an illegal 'torture flight' under the programme known as extraordinary rendition. In a remarkable interview for The Observer, British resident Bisher al-Rawi has told how he was betrayed by the security service despite having helped keep track of Abu Qatada, the Muslim cleric accused of being Osama bin Laden's 'ambassador in Europe'. He was abducted and stripped naked by US agents, clad in nappies, a tracksuit and shackles, blindfolded and forced to wear ear mufflers, then strapped to a stretcher on board a plane bound for a CIA 'black site' jail near Kabul in Afghanistan.

He was taken on to the jail at Guantanamo Bay in Cuba before being released last March and returned to Britain after four years' detention without charge.

'All the way through that flight I was on the verge of screaming,' al-Rawi said. 'At last we landed, I thought, thank God it's over. But it wasn't - it was just a refuelling stop in Cairo. There were hours still to go ... My back was so painful, the handcuffs were so tight. All the time they kept me on my back. Once, I managed to wriggle a tiny bit, just shifted my weight to one side. Then I felt someone hit my hand. Even this was forbidden.'

He was thrown into the CIA's 'Dark Prison,' deprived of all light 24 hours a day in temperatures so low that ice formed on his food and water. He was taken to Guantanamo in March 2003 and released after being cleared of any involvement in terrorism by a tribunal.

A report by Parliament's intelligence and security committee last week disclosed that, although the Americans warned MI5 it planned to render al-Rawi in advance, in breach of international law, the British did not intervene on the grounds he did not have a UK passport. The government claimed he was the responsibility of Iraq, which he fled as a teenager when his father was tortured by Saddam Hussein's regime.

The report confirmed that al-Rawi, 39, was only held after MI5 sent the CIA a telegram, stating he was an 'Islamic extremist' who had a timer for an improvised bomb in his luggage. In reality, before al-Rawi left London, police confirmed the device was a battery charger from Argos.

The committee accepted MI5's claim, given in secret testimony, that it had not wanted the Americans to arrest him, in November 2002, concluding the incident had damaged US-UK relations.

But al-Rawi alleged that the CIA told him they had been given the contents of his own MI5 file - information he had given his handlers freely when he was working as their source. He said an MI5 lawyer had given him 'cast iron' assurances that anything he told them would be treated in the strictest confidence and, if he ever got into trouble, MI5 would do everything in its power to help him.

When al-Rawi was in Guantanamo, he asked the American authorities to find his former MI5 handlers so they would corroborate his story but, because he did not know their surnames, MI5 said it could not assist.

The committee report cited MI5 testimony claiming that when al-Rawi was transported in December 2002, it could not have known how harsh his treatment might be. Yet eight months earlier, Amnesty International had published a lengthy report on US detention in Afghanistan, quoting several ex-prisoners who described conditions very similar to those experienced by al-Rawi.

He had conveyed messages between the preacher Abu Qatada and MI5 when Qatada was supposedly in hiding in 2002. At MI5's behest, he came close to arranging a meeting between the two sides.

Al-Rawi has now spoken out in an effort to help his friend Jamil el-Banna, who remains in Guantanamo. A Jordan-ian who also lived in London for years, where his wife and five children are British citizens, he too has been cleared by the Americans. However, he has been unable to leave Guantanamo because Jacqui Smith, the Home Secretary, says she is reviewing his right of residence on national security grounds.

Sarah Teather, the Liberal Democrat MP for Brent East in London, where el-Banna lives, said his case revealed 'decrepitude at the heart of the government'. The government had 'no regard for the welfare of his children'.

His lawyers have filed a statement from al-Rawi as part of a judicial review case. In the action, they accuse MI5 of having a 'causative role' in both men's ordeals, stating it was 'complicit' in the illegal rendition and guilty of an 'abuse of power'.