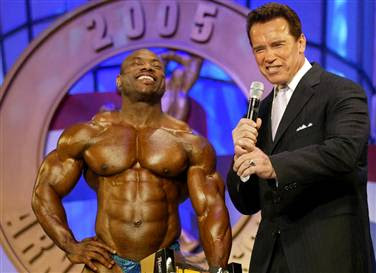 Gov.'s banking choice questioned: Panel found that the new chief of oversight agency had a role in the Quackenbush scandal

SACRAMENTO — Gov. Arnold Schwarzenegger has put a key banking oversight agency under the stewardship of an administrator who, according to a bipartisan legislative investigation, helped arrange the misuse of millions of dollars of public funds and steered government contracts to friends.

Michael A. Kelley, appointed commissioner of the Department of Financial Services by the governor in December, was a central figure in the scandal that ultimately drove former Insurance Commissioner Chuck Quackenbush from office in 2000. Kelley, who was Quackenbush's top deputy, was found unanimously by a bipartisan legislative panel to have helped the former insurance commissioner divert public funds away from state coffers and into nonprofit foundations that were focused largely on promoting the commissioner's political career.

The money, a total of $12.5 million, came from legal settlements extracted from insurance companies that failed to carry out their responsibilities to consumers in the wake of the 1994 Northridge earthquake. But not a single dollar ever made it to those consumers.

The bipartisan Assembly Committee on Insurance, which unanimously concluded in 2000 that Kelley "played a prominent role" in the scandal, also accused him of awarding a $144,000 contract to a longtime personal friend who lacked experience for the job. "No one else was interviewed," the report said.

Although Kelley was never charged criminally, he was forced to resign soon after the departure of Quackenbush.

"He was deeply and directly involved in the scandalous enterprise that led to not only the commissioner's resignation, but his own," said former Assemblyman Fred Keeley, a Santa Cruz Democrat who served on the panel that investigated the scandal. "He failed to look out for the interest of consumers…. I think he has forfeited his right to serve in appointed positions where his responsibility is to do that."

Kelley defended his actions in a written statement Monday.

"Subsequent to the legislative report, the FBI, attorney general, district attorney and a grand jury conducted a through investigation and identified the individuals that had broken the law," he wrote. "I was not complicit in any criminal activities. Those who were responsible for criminal acts were found and punished by the judicial system."

Kelley's appointment, made while lawmakers were on holiday break, largely escaped notice in the Capitol until recently, when investigators for the state Senate began revisiting the facts surrounding the Quackenbush scandal in preparation for Kelley's upcoming confirmation hearing. Under state law, Kelley must be confirmed by the Senate if the administration intends to keep him in the post more than a year.

At the Department of Financial Institutions, Kelley oversees the enforcement of consumer protection laws that relate to about 700 banks, credit unions, savings associations, trust companies and other financial organizations formed by state charter. The institutions regulated by the department have assets of more than $290 billion.

A spokesman for the governor said Kelley was a good fit for the job.

"Michael Kelley has been a successful administrator and regulator for over 20 years and has been an effective watchdog for California consumers every step of the way," said Schwarzenegger press secretary Aaron McLear.

McLear said the administration had no plans to remove Kelley before the end of the year, meaning a confirmation hearing before the Senate Rules Committee is likely. Lawmakers say Kelley will be called on to defend his actions during the Quackenbush days.

"I'm sure the Rules Committee will explore this chapter of his history very, very carefully," said Assemblyman Darrell Steinberg (D-Sacramento), who was one of the lead questioners at the Quackenbush hearings in 2000. "The whole Quackenbush episode was one of the worst examples of misuse of funds I have ever seen."

Steinberg was among the bipartisan group of lawmakers that said Kelley colluded with Quackenbush in subverting the regulatory process, misspending state money, failing to provide redress for earthquake victims and engaging "in a cover-up in an effort to mislead the public and avoid responsibility."

The report said Kelley was largely in charge of steering the settlement money to the questionable nonprofits. One of the groups that received funds was labeled a "sham" by then-Atty. Gen. Bill Lockyer. Kelley picked his longtime friend Linda Smith-Gaston to administer another of the organizations. The legislative report said Smith-Gaston, who paid herself $144,000 over 18 months, lacked skills and got the job through a process of "friends helping friends, with not even a pretense of searching for the best arrangement and best people."

Another of Kelley's longtime friends, Rhonda English, was selected by him to serve as president of a separate nonprofit established with settlement money.

When the president of one of the companies hired to do work for a foundation established by Quackenbush warned that money from the settlements was being used in an "unconscionable" manner, Kelley was assigned to investigate.

"Although now on notice there were problems worth investigating, [the Department of Insurance] took no action," the legislative report said.

As the Quackenbush scandal unfolded, Kelley engaged the help of the California Highway Patrol in seeking to root out whistle-blowers. Kelley argued that internal reports detailing Quackenbush's settlements with the insurance companies were confidential.

As Kelley's days in the insurance department neared an end, he became a beneficiary of a controversial contract obligating taxpayers to cover $1 million in legal fees for officials implicated in the scandal. Quackenbush approved the contract as one of his final acts in office, after the state Department of General Services rejected proposals for the state to cover the legal fees of Kelley and another deputy.

After the resignations of Quackenbush and then Kelley, the insurance department rescinded the contract.
Posted by Alex Constantine at Tuesday, July 31, 2007