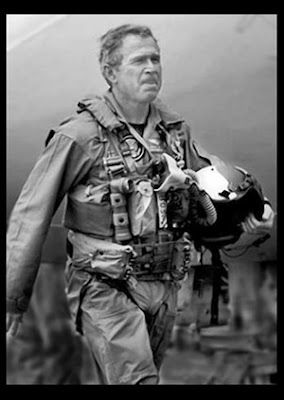 ... Bush executed another executive order (Blocking Property of Certain Persons Who Threaten Stabilization Efforts in Iraq) that has caused a huge firestorm on the Internet. Is this yet another assault on the Bill of Rights should it be used against domestic Americans? Bush's justification for this latest EO: He doesn't want anyone threatening the stabilization and financial reconstruction of Iraq. The war in Iraq is immoral, it was built on a mountain of lies, it was/is an unconstitutional invasion. The almost one TRILLION BORROWED dollars thrown at another, predictable failure at nation building is clearly nothing more than rape and plunder of the people's treasury, not to mention the loss of precious life - our military and innocent civilians who know nothing of the games evil men play. Soldiers in Iraq and Afghanistan are not fighting for my freedom, they are fighting for a new world order and establishment of the U.S. as a bully empire.

A few years ago I wrote a column on the proper use of America's military. My mail box immediately filled up with hate filled messages that I support terrorism (all citing the government's conspiracy theory about what happened on 911), accusations that I hate the military (my husband is a 27-year veteran who served in Viet Nam), I'm un-American and a left wing radical; the only thing left out was the kitchen sink. It is extremely difficult to criticize a president when our troops are in harm's way, but when that president uses lies to justify military action, we the people cannot remain silent. 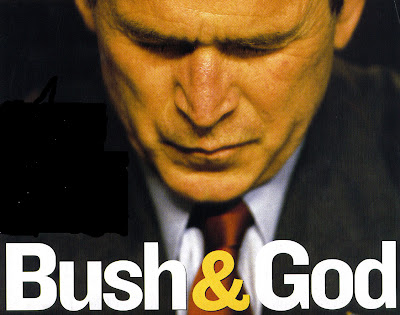 The U.S. Constitution does not authorize Congress to steal from the people's treasury to reconstruct or rebuild any foreign country. If it's not direct funding by Congress writing hot checks, it's stealing from the people's purse by channeling the money through the Communist United Nations, another unconstitutional travesty, to fund all of these components for a one world totalitarian government. It MUST stop or the American people will find themselves in rags to support this anti-American agenda. Just because it's been going on since W.W.II, doesn't mean it's right or legal. When he ran for president, Bush said, "I don't think our troops ought to be used for what's called nation-building." He lied. Morton Abramowitz and Heather Hurlburt correctly pointed out in a July 12, 2004, piece, "No fewer than nine times over the past decade, Western powers have deployed noble rhetoric, soldiers and taxpayer dollars in the service of nation-building. And no fewer than nine times, they have, to one degree or another, failed to build stable, self-sustaining nations. The litany consists of Somalia, Haiti, Bosnia, Kosovo, Sierra Leone, East Timor, Liberia, Afghanistan and Iraq. The best one could say is that they are works in progress. The worst: Too many of them still can't function on their own and continue to pose threats to their own citizens as well as U.S. national interests. While genuine good—both humanitarian and security-related—has come of these efforts, the results have fallen far short of our professed objectives, consumed enormous resources and political capital, and left uncertainty about the U.S. and international commitment."

No where in the U.S. Constitution does it authorize a president or Congress the authority to steal from the people's treasury to fund humanitarian efforts or nation building. Humanitarian efforts should and are funded through private organizations. The fact that there's never enough money is the fault of these dictators, potentates and crooks running these countries. New world order advocates like William Kristol, who cares nothing for the U.S. Constitution, is a favorite on FAUX (FOX) News beating the drum for perpetual wars:

"Among the first to advocate the assertive use of U.S. military forces around the world were William Kristol and Robert Kagan. In a 1996 article in Foreign Affairs, they urged the United States to adopt a posture of “benevolent global hegemony.” This means “actively promoting American principles of governance abroad—democracy, free markets, respect for liberty” (27). To John Quincy Adams's advice that America should not go “abroad in search of monsters to destroy,” they mockingly replied, “But why not?” (31). In their endorsement for foreign-policy activism, Kagan and Kristol have been joined by a number of policy wonks, journalists, and academics, a group that has come to be known as “neoconservatives.” In their enthusiasm for nation building by force of arms, neither the theorists nor the practitioners have examined the historical experience with this kind of policy. They are aware that a historical record exists, but they do not take it seriously."

Kristol, draped in his thousand dollar suit, isn't the one ripped from his family to go fight undeclared wars, but then one has to remember Kristol's father: "And, in Kristol's case — if one will pardon an unavoidable pun — the apple has not fallen far from the tree. William's father, Irving Kristol, is considered the founder of American neoconservatism. The elder Kristol was an active Trotskyite while a student at the City College of New York, from which he graduated in 1940 with a B.A. in history. Years later, in 1983, Kristol wrote that that he was proud to have been a member of Trotskyite Fourth International back in 1940." Trotskyism is defined as: The political and economic theories of Communism advocated by Leon Trotsky and his followers, usually including the principle of worldwide revolution. ...