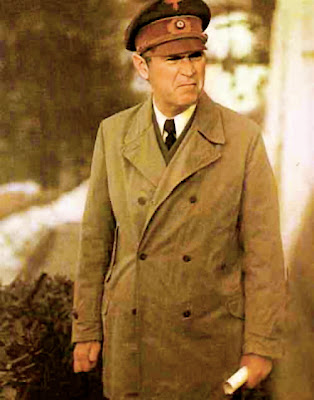 The Minneapolis progressive Democrat got into trouble with conservatives and religious extremists over here on July 8 when he threw in a Nazi reference as he ripped the Bush regime for using 9/11 as an excuse for war.

Where were they when it was revealed three years ago that fellow black man Secretary of State Colin Powell — in the same context, thinking the same thing — had branded dual-disloyalist Doug Feith's Pentagon pre-war agitprop operation a "Gestapo office"?

Ellison is the first U.S. congressman known to be a Muslim, but he's no terrorist in thrall to the conservative mullahs of his own religion. They're more likely to condemn him to death for his support of gay rights and other progressive issues than embrace him.

The latest of several ridiculous freakouts by conservatives over Ellison stemmed from something else that conservative Muslim mullahs would stone him for: his speech to a bunch of humanistic atheists. Reporter Mike Kaszuba of the StarTribune wrote it like this:

On comparing Sept. 11 to the burning of the Reichstag building in Nazi Germany: "It's almost like the Reichstag fire, kind of reminds me of that.

After the Reichstag was burned, they blamed the Communists for it and it put the leader of that country in a position where he could basically have authority to do whatever he wanted."

Ellison, a lawyer who landed a spot on the House Judiciary Committee even though he's only a freshman, also had this to say: [On impeaching Dick Cheney]: "[It is] beneath his dignity in order for him to answer any questions from the citizens of the United States. That is the very definition of totalitarianism, authoritarianism and dictatorship." 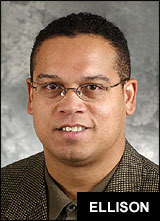 On commuting the prison sentence of Cheney aide Lewis Libby: "If Libby gets pardoned, then he should not have the cover of the Fifth Amendment. He's going to have to come clean and tell the truth. Now, he could get Gonzales-itis [referring to U.S. Attorney General Alberto Gonzales], you know, with 71 lapses of memory within a two-hour period."

The ADL's Abe Foxman came unglued over the Reichstag reference, blasting Ellison for using a reference to Hitler and the Nazis.

Well, let's go to page 292 of Bob Woodward's 2004 book, Plan of Attack, in which he described meetings just before Powell's February 2003 U.N. speech:

Powell thought that Cheney had the fever. The vice president and [Paul] Wolfowitz kept looking for the connection between Saddam and 9/11. It was a separate little government that was out there — Wolfowitz, Libby, Feith and Feith's "Gestapo office," as Powell privately called it.

He saw in Cheney a sad transformation. The cool operator from the first Gulf War just would not let go. Cheney now had an unhealthy fixation. Nearly every conversation or reference came back to al Qaeda and trying to nail the connection with Iraq.

Powell had used a Nazi reference to Feith, a fanatical Jewish conservative who desperately wanted a war with Israel enemy Iraq. But Powell didn't catch hell for it. Earlier this year, Michigan senator Carl Levin (who's Jewish) blasted Feith for having spread disinformation in the run-up to the war:

Levin, who has long questioned Feith's prewar intelligence operation, was harshly critical. "Senior administration officials used the twisted intelligence produced by the Feith office in making the case for the Iraq war," Levin said.
In other words, the Cheney-Bush regime used 9/11 to justify the invasion of Iraq, just as Hitler had used the Reichstag fire 70 years earlier (February 27, 1933) as an excuse to curtail civil liberties, a key moment in the Nazification of Germany. If you doubt that the Reichstag fire could be compared with the 9/11 attacks, just imagine an arsonist's burning down Congress and the political power that a regime like Cheney's would seize as a result.

For now, extremists are just trying to burn down a congressman.