Jim Morrison’s Death May Be Reinvestigated 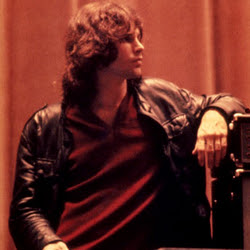 If you’re one of the many people who think Doors leader Jim Morrison’s 1971 demise was suspicious, you might be right. A story in the U.K.’s The Mail on Sunday suggests Morrison’s death may be reinvestigated.

According to his death certificate, Morrison, who was famously found dead in the bathtub of his Paris apartment at the age of 27, died from natural causes. But according to The End – Jim Morrison, a new book by Sam Bernett, a French-born former New York Times journalist, club manager and friend of Morrison, the rocker died of a massive heroin overdose in the bathroom of the Rock ‘n’ Roll Circus club in Paris’ Left Bank and was then moved to the tub as part of an astonishing cover-up meant to deflect blame from the posse of drug dealers Morrison patronized.

(Details on what Bernett says actually happened to Morrison, after the jump)

Bernett claims that in the early hours of July 3, 1971, Morrison showed up looking to buy heroin for his then-girlfriend Pamela Courson. After scoring and splitting for the bathroom, he failed to reappear. “About half an hour later, a cloakroom attendant came up to me and told me someone was locked in one of the cubicles and wasn’t coming out. I got a bouncer to smash the door down,” Bernett recalls. He says he found Morrison’s body slumped over the toilet. “We were certain he’d been snorting heroin because there was foam coming out of his lips as well as blood,” Bernett says. “He was scared of needles so never injected drugs.” Bernett brought in a customer who worked as a medic, who proclaimed Morrison dead.

At this point, Bernett says, Morrison’s dealers appeared, insisted the singer was still alive (though passed out) and carried the rocker out of the club, saying they would take care of him. Shortly thereafter, Bernett claims someone representing the club’s owner called, warning him not to tell anyone what happened.

Bernett says then-24-year-old singer/scenester Marianne Faithfull was also in the bar that night and was similarly sworn to secrecy. “Marianne never mentioned Jim again,” Bernett says. “She won’t talk about what happened in the club to this day.”

So why talk now? “I want to get rid of my heavy load,” Bernett says. “At least everything is now out there to be discussed. I’ve said what I have to say.” Will Bernett’s claims inspire French authorities to reopen the investigation? The twenty-year statute of limitations for criminal cases is up, but action could still be taken in civil court. A spokesman for France’s Police National told The Mail, “The new evidence will have to be considered.”