" ... the treatment of terror suspect Mohamed Haneef also has an 'Alice in Wonderland' quality about it ... 'The very real prospect of people being condemned to death and executed by such a system is truly Kafkaesque.' ... " 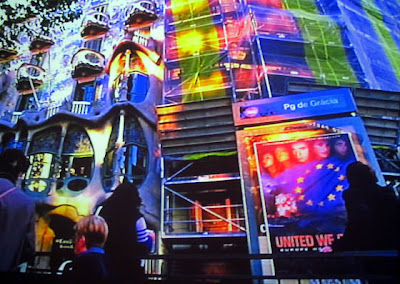 DAVID Hicks' US trial was a farce and the treatment of terror suspect Mohamed Haneef also has an "Alice in Wonderland" quality about it, the Law Council of Australia has said.

The two cases were compared today as the Law Council released its final report into the US military commission trial of Hicks, the former Guantanamo Bay inmate now in a South Australian jail.

Melbourne barrister and human rights advocate Lex Lasry, QC, an observer at Hicks' March 2007 trial, said in the report the proceedings were a "farce" and a "veneer of due process over a political and pragmatic bargain".

The Australian Government's support for the military commission system was "shameful", he has said.

"Australia's international standing and moral authority has been diminished by its support of a process so obviously at odds with the rule of law," Mr Lasry added.

"The very real prospect of people being condemned to death and executed by such a system is truly Kafkaesque."

While the Law Council's views of the Hicks' trial were no surprise, Mr Lasry said the Hicks case had also been the catalyst for public concern about the detainment of Dr Haneef.

"A lot of people are concerned Haneef was in custody for two weeks without being charged while the prosecution assembled its case," said Mr Lasry.

"The Hicks case has been the catalyst for the public interest in Haneef."

He said it was unfair that someone should be held in custody while it was decided if there was a case against him.

Law Council president Tim Bugg said echoes of the US military commission experiment were now being heard in Australia in the context of new anti-terrorism laws and the detention of Dr Haneef.

"There's an Alice in Wonderland quality to both these cases - first the sentence, then the verdict," he said.

"Mr Hicks and (Dr) Haneef both know what that feels like."

Dr Haneef, 27, a Gold Coast Hospital doctor, has been charged with providing support to a terrorist organisation by giving his mobile phone SIM card to a relative who has since been charged over the UK bomb plot.

The Law Council has said Hicks' case will remain a stain on Australia's reputation on law issues.

Hicks languished for five-and-a-half years in the US military prison in Cuba before he was found guilty in March this year of providing material support to terrorism.

He was later transferred to Adelaide's Yatala prison to serve out the remainder of his seven-year sentence, and will walk free at the end of this year.

"Ultimately, there has been no benefit from this process - only a corrosion of the rule of law," Mr Lasry said.

Hicks' father Terry said he was not surprised the report concluded that the legal proceedings against his son were a charade.

"It reiterates what everyone who saw the process would say: 'It was a load of crock, it was a sham'," Mr Hicks said.
Posted by Alex Constantine at Tuesday, July 24, 2007