CIA Contractors are Running the Agency Red alert: Our national security is being outsourced.

The most intriguing secrets of the "war on terror" have nothing to do with al-Qaeda and its fellow travelers. They're about the mammoth private spying industry that all but runs U.S. intelligence operations today.

Surprised? No wonder. In April, Director of National Intelligence Mike McConnell was poised to publicize a year-long examination of outsourcing by U.S. intelligence agencies. But the report was inexplicably delayed - and suddenly classified a national secret. What McConnell doesn't want you to know is that the private spy industry has succeeded where no foreign government has: It has penetrated the CIA and is running the show.

Over the past five years (some say almost a decade), there has been a revolution in the intelligence community toward wide-scale outsourcing. Private companies now perform key intelligence-agency functions, to the tune, I'm told, of more than $42 billion a year. Intelligence professionals tell me that more than 50 percent of the National Clandestine Service (NCS) -- the heart, brains and soul of the CIA -- has been outsourced to private firms such as Abraxas, Booz Allen Hamilton, Lockheed Martin and Raytheon.

These firms recruit spies, create non-official cover identities and control the movements of CIA case officers. They also provide case officers and watch officers at crisis centers and regional desk officers who control clandestine operations worldwide. As the Los Angeles Times first reported last October, more than half the workforce in two key CIA stations in the fight against terrorism -- Baghdad and Islamabad, Pakistan -- is made up of industrial contractors, or "green badgers," in CIA parlance.

Intelligence insiders say that entire branches of the NCS have been outsourced to private industry. These branches are still managed by U.S. government employees ("blue badgers") who are accountable to the agency's chain of command. But beneath them, insiders say, is a supervisory structure that's controlled entirely by contractors; in some cases, green badgers are managing green badgers from other corporations.

Sensing problems -- and possibly fearing congressional action -- the CIA recently conducted a hasty review of all of its job classifications to determine which perform "essential government functions" that should not be outsourced. But it's highly doubtful that such a short-term exercise can comprehensively identify the proper "blue/green" mix, especially because contractors' work statements have long been carefully formulated to blur the distinction between approvable and debatable functions.

Although the contracting system is Byzantine, there's no question that the private sector delivers high-quality professional intelligence services. 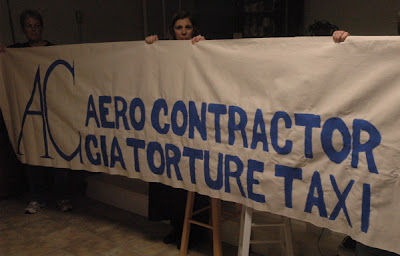 Outsourcing has provided solutions to personnel-management problems that have always plagued the CIA's operations side. Rather than tying agents up in the kind of office politics that government employees have to engage in to advance their careers, outsourcing permits them to focus on what they do best, which boosts morale and performance. Privatization also immediately increased the number of trained, experienced agents in the field after the terrorist attacks of Sept. 11, 2001.

Even though wide-scale outsourcing may not immediately endanger national security, it's worrisome. The contractors in charge of espionage are still chiefly CIA alumni who have absorbed its public service values. But as the center of gravity shifts from the public sector to the private, more than one independent intelligence firm has developed plans to "raise" succeeding generations of officers within its own training systems. These corporate-grown agents will be inculcated with corporate values and ethics, not those of public service.

And the current piecemeal system has introduced some vulnerabilities. Historically, the system offered members of the intelligence community the kind of stability that ensured that they would keep its secrets. That dynamic is now being eroded. Contracts come and go. So do workforces. The spies of the past came of age professionally in a strong extended family, but the spies of the future will be more like children raised in multiple foster homes -- at risk.

Today, when Booz Allen Hamilton loses a contract to SAIC, people rush from one to the other in a game of musical chairs, with not enough chairs for all the workers who possess both the highest security clearances and expertise in the art of espionage. Some inevitably lose out. Any good counterintelligence officer knows what can happen next. Down-on-their-luck spies begin to do what spies do best: spy. Other companies offer them jobs in exchange for industry secrets. Foreign governments approach them. And some day, terrorists will clue in to this potential workforce. 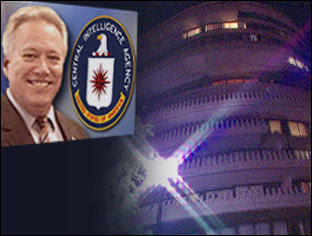 The director of national intelligence has put our security at risk by classifying the study on outsourcing and keeping the truth about this inadequately planned and managed system out of the light. Much of what has been outsourced makes sense, but much of the structure doesn't, not for the longer term. It's time for the public and Congress to demand the study's release. More important, it's past time for the industry -- an industry conceived of and run by some of the best and brightest the CIA has ever produced -- to come up with the kind of innovative solutions it's legendary for, before the damage goes too deep.

R.J. Hillhouse writes the national security blog the Spy Who Billed Me and is the author of the espionage thriller "Outsourced."