The Media War on "Conspiracy Theorists" 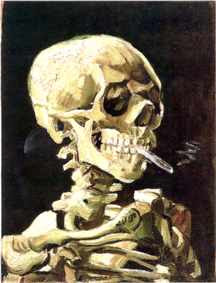 It's a little-known fact that the "loopier" conspiracy theories are concocted by disinformationists in the intelligence underground intent on discrediting legitimate research. I've been exposing them for years.

Yet the current Niagara of articles in the "mainstream" debunking conspiracism confuse the issue. Intelligence sector conspirators themselves are largely responsible for outrageous "alien" claims (see "Occult Nazis from Outer Space" in the archive), for instance, and the infiltration of the 9/11 truth movement - by ersatz conspiracists intent on muddying the waters and discrediting the research community - is well-known within the movement itself.

The proles are waking up, paying heed to the "conspiracy theorists." The Mockingbird media has cranked up the usual formulaic denials, and they are pouring from every state propaganda outlet.

Here is one from "reporter," now op-ed page editor, Jim Newton, who hails from the Los Angeles Times, where his specialty for 20 years or more has been COVERING UP LAPD crimes (conspiracies) - a weak-minded, transparent bit of propaganda to anyone engaged in legitimate research.

I know for a fact that Newton is corrupt by personal experience. Fourteen years ago, I called Newton and told him that I had an FBI whistle-blower leak for him. He ran straight over, and we ran to the copy shop, because he wanted a copy of my information immediately. Once he had a copy in hand, he changed his tune. "I don't know" ... he went on to discredit the real information I'd given him on an FBI front in Los Angeles, a law firm that handled political cases and lost them deliberately to put dissidents in prison. His reasoning? He felt that the whistle-blower's detailed information was "self-serving." (No argument from here - any whistle-blower could be dismissed as "self-serving." A sexually-harassed secretary, for instance, is self-serving - she wants out of a difficult situation - if she complains. But in this case there was corroborating evidence, if Mr. Newton had paid attention. The font and appearance of the law firm's letterhead, for example, were identical to a Justice Department letterhead. A simple FOIA request would have confirmed the allegations. And one of the attorneys at the firm made waves - he was assaulted at home by parties unknown and underwent surgery on his eyes, wrote a book about the experience and published it himself, a story I will have to tell some day. The firm is now defunct since two of its attorneys blew the whistle. Some of this is recounted in "Blood, Carnage and the Agent Provocateur," in the archive section. I posted the article a couple of weeks ago.)

Newton played the skeptic and suppressed the information I graciously gave him - and the false-imprisoned, misrepresented by the FBI's covert operation in Los Angeles, served out their questionable sentences, gratis Jim Newton. I had less experience then, didn't spot Newton as a propagandist, trusted him. Not for long. I've known since that day that he is a media mole, and have observed his machinations and distortions and discreditation tactics over the years. Note that HE's still working for the Times, despite the lay-offs of hundreds since the Tribune takeover.

Today, Jim Newton is editor of the Los Angeles Times' editorial pages, and author of "Justice for All: Earl Warren and the Nation He Made." Earl Warren was a Mafia associate, and the book is a drug for the somnalent.

The casual reader in a state of willful denial who knows little about the history of COINTELPRO and CHAOS, however, may swallow this moonshine whole, but the numbers of the gullible are dropping every day, as reflected in the Bush quisling polls. Newton is bad-mouthing a growing segment of the population who subscribe not to "conspiracy theories," but the realization that fascists have hijacked the US government. Many of the paper's readers know better, and the letters page - in the editorial section run by Newton - will scream with indignation ... if he doesn't censor them, and he undoubtedly will because Jim Newton is a professional liar, like so many others in the industry.

But this is a sign of progress. It is the nature of the struggle. The fascist establishment is fighting for its survival.

The Jim Newton article is a reason for pride.

The fascists in power perceive the new generation of researchers who came alive after 9/11 as a severe problem. When I first logged on 13 years ago, there were a handful of legitimate researchers. Most of the conspiracy theorists on the Net were abusive, ham-handed government trolls - amoral, regressive goofballs who sell out their country for a handful of silver.

Anti-fascist researchers know who the "loonies" are. And the world is realizing it, too. Have a laugh over the article. It is a testament to the power of the word - of US. Jim Newton's promotion of Vincent Bugliosi is an act of desperation. The anti-fascist momentum is building worldwide and blogs like this one are driving it.
------------
" A book for the Ages?"

Books: Mowing down the Grassy Knoll-ists
NONFICTION The prosecutor and historian parses out every detail of the Kennedy assassination and challenges every conspiracy theory.
By Jim Newton, Los Angeles Times
July 20, 2007

Vincent Bugliosi is an American master of common sense, a punishing advocate and a curmudgeonly refreshing voice of reason.

His targets have been the loopy and the deranged, the deceitful and the violent. And so, a career launched with the prosecution of Charles Manson and honed with a book parsing the defense of O.J. Simpson has, with seeming inevitability, come around to 20th-century America's great repository of poor reasoning: the assassination of President John F. Kennedy on Nov. 22, 1963.

After reading what may be Bugliosi's crowning work (more than 1,600 pages, not to mention an additional 1,100 pages of notes on an accompanying CD), one thinks: At last, someone has done it, put all the pieces together. "Reclaiming History: The Assassination of President John F. Kennedy" is important not just because it's correct, although it is. It's significant not just because it is comprehensive -- surely, no one will deny that. It's essential because it is conclusive. From this point forward, no reasonable person can argue that Lee Harvey Oswald was innocent; no sane person can take seriously assertions that Kennedy was killed by the CIA, Fidel Castro, the Mob, the Soviets, the Vietnamese, Texas oilmen or his vice president, Lyndon B. Johnson -- all of whom exist as suspects in the vacuous world of conspiracy theorists.

Not everyone who dares to heft Bugliosi's tome will be happy with it. His tone is prosecutorial. He writes aggressively and sarcastically. He's a slugger, not a stylist. Think Ruth, not Clemente.

Bugliosi ("Helter Skelter,"Outrage,"No Island of Sanity") begins by re-creating the events of the assassination, describing the investigations into that terrible day and examining the evidence collected by the various police agencies, the FBI, the Warren Commission and others. Bugliosi is a keen analyst of that material; his dissection of the medical evidence is particularly telling. He establishes that Oswald fired three shots from the window of the Texas School Book Depository. One missed; one hit Kennedy in the upper back, then passed through his body and pierced Texas Gov. John Connally; the third struck Kennedy in the back of the head, killing him.

Bugliosi's presentation of this material is so deft, so strong, that there is little need for him to turn his skills against the conspiracy theorists who argue otherwise. But he does, determined to give each theory the honest, probing review to which most have never been exposed.

It is a sight to behold. When Bugliosi lays into a bad argument, he attacks without mercy. He hammers again and again, challenging flawed logic with heavy fists. When, for example, he examines documents purporting to supply evidence of CIA involvement in the assassination, Bugliosi snaps. "Can you imagine that, folks? The CIA has confessed to Kennedy's murder! And in writing!"

The sheer lunacy of many of the theories, along with the intellectually dishonest way in which they have been argued, should long ago have doomed them to marginalia. They have persisted, however, and continue to command much public support. That's true despite the fact that none has ever offered a counter-theory backed by real evidence.

Indeed, all that conspiracy theorists have shown is that there were plenty of people who might have wanted Kennedy dead. That's a far cry from proving they killed him. Or, as Bugliosi puts it: "The biggest mistake, by far, that well-intentioned laypeople make in concluding there was a conspiracy in the Kennedy assassination, and the biggest argument, by far, that conspiracy theorists use in their books to support their position of a conspiracy, is to maintain that such and such a group 'had a motive' to kill Kennedy and, therefore, must have done it."

And what of that idea? "You know," Bugliosi writes, "if the president of our country is doing something that a particular group (e.g., Wall Street or unions or environmentalists) doesn't like, the group simply kills him. That's what we routinely do in America, right?"

Those who come to Bugliosi's book with sympathy for conspiracy theories may wince at the punishment he inflicts across so many pages. He suffers no fools, and Kennedy's assassination has produced more than its share of foolish speculators; he will make some enemies with this work. It seems fair to say that he's unlikely to care.

With this work, Bugliosi has definitively explained the murder that recalibrated modern America. It is a book for the ages.
Posted by Alex Constantine at Saturday, July 21, 2007