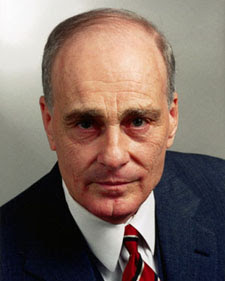 In his book, Reclaiming History, author Vincent Bugliosi highlights the dubious, if long-held, claim that bullet evidence in the Kennedy case scientifically establishes Oswald's guilt to a high degree of certainty. The proof, he says, consists of two related elements that show that only two bullets from Oswald's rifle struck anyone in JFK's motorcade on November 22nd.

Commission Exhibit 399, the so-called "magic bullet," allegedly found on a stretcher in Parkland Memorial Hospital on the afternoon of 22 Nov 1963. But new evidence has raised doubts that this Mannlicher Carcano bullet is the same bullet that was originally found and turned over to the U.S. Secret Service. See The Magic Bullet: Even More Magical Than We Knew?

First, both the nearly whole bullet that was recovered on a stretcher at the hospital where JFK and Governor John Connally were treated, as well as both of the other large bullet fragments recovered from JFK's limousine (consisting of the copper jacket and the lead core of a single bullet) were shown to have been fired from Oswald's Mannlicher Carcano, to the exclusion of all other rifles in the world. Second, a sophisticated analytical test, neutron activation analysis (NAA), proves that all the smaller, recovered bullet fragments were separated from the larger specimens. Thus, only two bullets struck, both from Oswald's weapon.

As inescapable as the logic behind the theory may seem, and Bugliosi does an admirable job of making it seem inescapable, two recent reports in the technical/scientific literature have shot holes through it. The second debunking was published six months after Bugliosi claims to have stopped his inquiry and so he can't be faulted for not addressing it. But Bugliosi was fully aware of the first article, which, by itself, posed fatal problems which he glossed over. The manner in which Bugliosi dealt with this important evidence tells us much about his general approach to the subject of the Kennedy assassination. And to understand that, some background is in order.

That the larger pieces came from bullets shot through Oswald's rifle seems clear by the still-visible rifling marks. But in the wake of the new studies what is now not clear is that NAA can prove that all the small fragments are related to either one or the other of the two identifiable, large fragments.

First elaborated before the House Select Committee on Assassination's (HSCA) reinvestigation of Kennedy's murder in 1977, NAA is a sophisticated technique that purports to identify bullets by measuring the miniscule levels of "impurities" that are commonly present in bullet lead. Typically the quantities of antimony (Sb), silver (Ag) and copper (Cu) are assayed, but other trace components could be used just as well. The HSCA called upon Vincent Guinn, the University of California-Irvine, NAA expert. He put JFK's bullet evidence to the test and, against all expectations, reported a match in antimony levels that seemed to inextricably tie Oswald to the crime.

But as Guinn explained it, NAA only proved useful in the Kennedy case because of a feature that was unique to the Mannlicher Carcano bullets used in Oswald's rifle.

In stark contrast with the lead used in non-MCC bullets, which, bullet-to-bullet, had near identical levels of measurable Sb, the lead in Oswald's bullets had varying amounts. In the fragments recovered in the JFK case, Guinn found the telltale sign of Oswald's ammo: varying quanta of Sb. But Guinn said that there was a key additional feature that helped him reach his conclusions. With Oswald's ammo the levels of trace elements found in fragments taken from a given bullet remained constant, but were different from the levels found in other bullets. Thus, by NAA, fragments from one bullet would be traceable to the bullet of origin and could be distinguished from all others, even those picked out of a single box of twenty cartridges.

"When subjected to NAA by Dr. Guinn, all five of the specimens produced a profile highly characteristic of the Western Cartridge Company's Mannlicher-Carcano ammunition. Even more interesting, the results fell into two distinct groups. Of the five samples, two had a concentration of antimony of about 800 parts per million, and three had a concentration of antimony of around 600 parts per million. This could mean only one thing: all five specimens had come from just two bullets. 'There is no evidence for three bullets, four bullets, or anything more than two, but there is clear evidence there are two,' Guinn told the HSCA.

"His most important conclusion by far, however, scientifically defeating the notion that the bullet found on [Governor John] Connally's stretcher had been planted, was that the elemental composition and concentration of trace elements of the three bullet fragments removed from Governor Connally's wrist matched those of a second bullet, the stretcher bullet. The stretcher bullet, then, had to be the one that struck Connally … ."

In further support of Guinn's conclusions, Bugliosi cited two related papers published by the longstanding Warren Commission supporters, Ken Rahn, Ph.D. and Larry Sturdivan. The authors endorsed Guinn's statistical analysis as well as Guinn's conclusion that, as Bugliosi put it, "unlike other manufactured bullets, which he (Guinn) found to have a homogeneous elemental composition even when they came from the same batch or source, Mannlicher-Carcano ammunition manufactured by the Western Cartridge Company (CE 399 and the bullet fragments in the Kennedy case) (sic) had different elemental compositions (particularly in antimony content) from bullet to bullet within the same box (normally consisting of twenty rounds) (sic) of ammunition. (1 HSCA 494–495)."

But almost immediately, there were doubts about the statistical analysis. Then, something unexpected happened. Two scientists from Lawrence Livermore Laboratory who were avowedly agnostic on the conspiracy question, Erik Randich, Ph.D. and Pat Grant, Ph.D., published a paper in the Journal of Forensic Science calling both Guinn's original report and the two papers by Rahn and Sturdivan into serious question.

One of Randich and Grant's objections was that, although Guinn worked in good faith, he didn't understand elemental bullet metallurgy, which was Randich's area of expertise. (Nor, they made clear, did Rahn or Sturdivan.) Guinn was wrong that Mannlicher Carcano bullets were unique because the trace levels of component Sb varied. The levels of antimony in MCC bullets do vary, they said. But so do Sb levels in many bullets that, like MCC shells, are jacketed. It is the non-jacketed bullets that have consistent levels of trace components. And the levels are controlled for a very good reason.

For while with jacketed bullets it is the jacket that provides the hardness and not the lead inside the jacket, in non-jacketed bullets the hardness of a bullet is determined by how much antimony is mixed into the lead. To strictly control bullet hardness, an important quality control issue, manufacturers strictly control the quanta of antimony used in the lead of non-jacketed ammo. But with jacketed bullets, Sb levels vary because no effort is expended to control antimony as it has no bearing on the bullet's hardness.

As it happens, the non-MCC bullets Guinn used in his comparison tests were non-jacketed, and so, bullet to bullet, had homogenous Sb levels. Imagining that his test samples were typical of the universe of all non-MCC shells, Guinn drew the wrong conclusions. The varying Sb levels he found in JFK's fragments did not prove they had come from MCC shells; they could have come from many kinds of jacketed rounds.

Randich and Grant also disproved another, key Guinn contention: that there is little variation in Sb levels within a single bullet. Using exquisite micrographs showing MCC bullets cut in cross section, Randich and Grant demonstrated that MCC bullet lead exhibits a "crystalline" type structure, with Sb tending to "microsegregate" around crystals of lead. The crystals are large enough that a sample taken from one portion of a bullet might easily have an Sb level one or two orders of magnitude higher or lower than one taken from another portion of the same bullet. Guinn found Sb matches within the MCC bullets he tested because he measured bits taken from only a very small portion of his test bullets, which said nothing about what he would have found had he sampled an entirely different area of the bullet. Thus, fragments with similar antimony levels could have come from one bullet, or more than one, and those with different antimony levels could have come from but a single bullet.

Finally, Randich and Grant analyzed the statistical model Guinn presented to the HSCA. They determined that the number of samples he had evaluated and the number of tests he performed were inadequate to draw the sweeping statistical conclusions Guinn, Rahn and Sturdivan had drawn.

In May 2007, a second paper appeared reporting on a chemical, forensic and statistical analysis of bullets derived from the same batch as those supposedly used by Oswald. The authors, Cliff Spiegelman, professor of statistics at Texas A&M and an expert in bullet lead analysis, William A. Tobin, the FBI's former Chief Forensic Metallurgist, William D. James, research chemist with the Texas A&M Center for Chemical Characterization and Analysis, and Stuart Wexler, brought considerable expertise to their study. As with Randich and Grant, they also concluded that, "evidence used to rule out a second assassin is fundamentally flawed." They reported that, "many bullets within a box of Mannlicher-Carcano bullets have similar composition." Thus, it was not true, as Guinn had said, that such matches are extraordinarily rare.

To his credit, Bugliosi acknowledged the Randich and Grant paper in his book. Unfortunately, however, he dismissed their conclusions on the flimsy basis of a personal letter (which he reproduced in an endnote) by the 40+ year Warren Commission supporter, Larry Sturdivan. Repeating Guinn's mistaken interpretation, Sturdivan answered Randich and Grant by saying, "If one looks at the NAA data obtained by Vincent Guinn for the HSCA, it falls into two groups that are immediately obvious …." Randich and Grant had effectively demonstrated that, metallurgically and statistically, it is simply not the case that there are only two groups, a conclusion that has since been confirmed by the work of Spiegelman et al.

Thus, the NAA pillar Bugliosi touts as undergirding Oswald's guilt no longer stands. This is an embarrassing development that Bugliosi could easily have avoided. In dealing with so important an area of evidence, Bugliosi had a duty to leave no stone unturned. Instead, for reasons that seem obvious, he deferred to the opinion of the pro-Warren Commission partisan, Larry Sturdivan. Had he approached this subject the way a scholar of any merit would have, he would have checked Sturdivan's assertions with either Randich or Grant, two men who have better credentials than Sturdivan does but lack the latter's biases on the conspiracy question. But he never did. I called Randich and Grant and both said Bugliosi had never contacted them.
Posted by Alex Constantine at Saturday, July 28, 2007