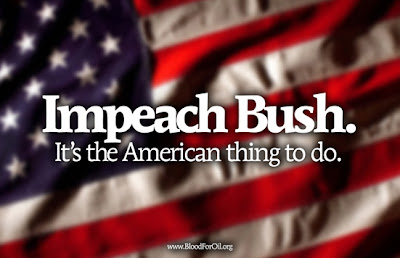 Senator Russell Feingold (Democrat, Wisconsin) announced on Sunday that he will introduce resolutions in the US Senate seeking to “censure” President Bush for his conduct of the Iraq war as well as his violations of the US Constitution and both US and international law, including his administration’s illegal domestic spying program and use of torture. Vice President Dick Cheney and perhaps other administration officials would be named in the censure bills.

In a statement Sunday, Feingold announced that he plans to present two resolutions “condemning the President, Vice President and other administration officials for misconduct relating to the war in Iraq and for their repeated assaults on the rule of law.”

“Censure is about holding the administration accountable,” Feingold said. “Congress needs to formally condemn the President and members of the administration for misconduct before and during the Iraq war, and for undermining the rule of law at home. Censure is not a cure for the devastating toll this administration’s actions have taken on this country. But when future generations look back at the terrible misconduct of this administration, they need to see that a co-equal branch of government stood up and held to account those who violated the principles on which this nation was founded.”

The Wisconsin senator said that the first resolution would denounce Bush for “overstating the case” about Iraqi weapons of mass destruction and “falsely implying a relationship with al Qaeda and links to 9/11.” It would also indict the administration for failing to successfully wage its illegal war by neglecting to plan for the “civil conflict and humanitarian problems” that followed the March 2003 invasion, as well as by “over-stretching the Army, Marine Corps and Guard with prolonged deployments.”

The second resolution on the rule of law would cover the illegal domestic spying program by the National Security Agency, the use of torture, the unlawful detentions at Guantánamo and the stonewalling of Congress on the politically motivated firing of US attorneys.

Feingold acknowledged that he was reacting to increasing popular demands that “the President and his administration be held accountable for their misconduct,” while admitting that “censure is a relatively modest response.”

Indeed, a recent poll by the American Research Group (ARG) showed that a clear majority—54 percent—is in favor of impeaching Cheney, while indicating that the American public is split almost evenly on the impeachment of Bush. A Newsweek poll conducted in October 2006 found that 52 percent of respondents, again a majority, believed that impeachment should be a high priority. (Among Democrats, the ARG poll showed 69 percent backing Bush’s impeachment and 76 percent Cheney’s.)

The obvious question is: Given ample constitutional grounds together with this mass popular support for bringing impeachment proceedings against the president and vice-president, why is Feingold, supposedly among the most liberal Democrats in the US Senate, pushing for only a motion of censure, a measure that would have no legal implications and would do nothing to stop the administration from continuing its criminal actions?

In an interview on NBC television’s “Meet the Press” on Sunday, Feingold explicitly acknowledged that “there’s a lot of sentiment in the country...for actually impeaching the president and the vice president,” adding that he himself thinks that “they have committed impeachable offenses.”

The senator declared that his “modest course” was aimed at “not tying up the Senate and the House with an impeachment trial, but simply passing resolutions that make sure that the historical record shows the way that they have weakened our country, weakened our country militarily and against al Qaeda, and weakened our country’s fundamental document, the Constitution.”

He described his proposal as “a reasonable course” that “does not get in the way or our normal work.”

Feingold’s attempt to introduce a similar bill in the spring of 2006, censuring Bush over the warrantless NSA spying program, garnered the support of just three other Senate Democrats and got a cold shoulder from the Democratic leadership.

At the time, Feingold described his fellow Democrats as “cowering” before the administration. Despite all of the Capitol Hill theatrics over supposed “antiwar” resolutions, little has changed in that regard.

This time around, Senate Majority Leader Harry Reid of Nevada lost no time in making his opposition to censuring Bush, Cheney & Co. clear. Appearing on the CBS morning news talk show “Face the Nation” the same day as Feingold’s announcement, Reid said that while he understood the “frustration” with the administration, the Senate had to remain focused on drafting bills to fund the Pentagon and pay for “homeland security.”

“We have a lot of work to do,” said Reid. “The president already has the mark of the American people—he’s the worst president we’ve ever had. I don’t think we need a censure resolution in the Senate to prove that.”

Both Feingold and Reid express great concern about not interfering with the “work” of the Senate, or “tying up” Congress with the submission of formal charges against the Bush administration.

What is this all-important “work” that cannot brook interference? In essence, it has consisted of voting for funding to continue the slaughter in Iraq—$100 billion last May—while posturing to the growing majority of the public opposed to this war with “nonbinding resolutions,” etc. This performance is now being repeated with the Pentagon’s $650 billion fiscal 2008 spending bill, a sizeable portion of which will go to pay the $12 billion monthly cost of the wars in Iraq and Afghanistan.

The so-called “antiwar” measures put forward by the Democrats—including the one sponsored by Feingold together with Reid—all include provisions for US troops remaining in Iraq for the foreseeable future for purposes, defined in Feingold’s measure, as “counter-terrorism activities, the training of Iraqi security services, and the protection of essential US infrastructure,” presumably including American-controlled oil fields. Reid stressed that the bill that he and Feingold are promoting did not envision “a precipitous withdrawal” and would “still leave tens of thousands of troops in Iraq.” 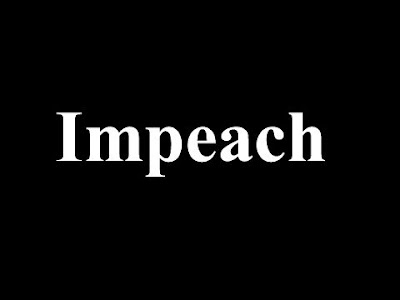 The frankest description of the Democrats’ motives and concerns was put forward last week by Senator Jack Reed (Democrat, Rhode Island), who is one of the key sponsors of the principal resolution calling for a partial troop withdrawal.

“The longer we delay, the more public support erodes, and options to avoid a more chaotic redeployment disappear,” said Reed. “The concern that I have is that by next spring, the American public will be so out of patience that there’s not going to be the same tolerance for a longer-term mission that there is now.”

In other words, the goal of the Democratic leadership is not to end the US occupation, but to save it. It is quite methodically utilizing the rhetoric of opposition to the war along with various bits of political theater and legislative stunts in order to contain and divert the mass antiwar sentiment, while working to implement policies that will reorganize the US occupation of Iraq on a sustainable basis.

Feingold’s censure proposal is part and parcel of this political charade. He claims that his purpose is to “hold the administration accountable.” But, according to the US Constitution, the means of exacting such accountability for what the Wisconsin senator acknowledges are “high crimes and misdemeanors” is initiating impeachment proceedings against the president and others responsible for these crimes, an action that requires a simple majority vote in the House of Representatives, where the Democrats hold sway.

How does bringing such charges constitute some diversion from the “work” of the Congress, a useless “tying up” of the legislative body? After all, the American people have yet to receive any serious accounting for how they were dragged into a criminal and murderous war—presumably the principal indictment against Bush and Cheney. They have been lied to and subjected to intimidation, using the alleged threat of terrorism as a political club, over the illegal domestic spying operation and other sweeping attacks on democratic rights and international law. Is not a thorough investigation and presentation of formal charges over these matters of vital importance, both for holding Bush and his cohorts accountable, and for political and moral health of the entire body politic?

Neither Feingold nor any leading figure in the Democratic leadership has any interest in utilizing the power in their hands in order to pursue real accountability. The Democrats came into office with their leaders saying from the outset that impeachment was—in the words of House Speaker Nancy Pelosi—“off the table.” Supposed “lefts” like Michigan Congressman John Conyers, who had talked up impeachment when the Democrats were in the minority, immediately swung into line. Once Conyers took the chairmanship of the House Judiciary Committee, the key panel in deciding whether grounds for impeachment exist, he parroted Pelosi.

The truth is that the Democrats have no interest in laying out in detail the crimes of the Bush administration, because they are implicated in nearly every one of them, from supporting aggressive war to backing the wholesale assault on democratic rights in the name of a “global war on terror.”

The censure proposal is designed to skip lightly over the record of these crimes, issuing a rhetorical condemnation of Bush in which nothing is revealed and no one is held accountable.

This bankrupt measure received enthusiastic support from the Nation magazine, the most representative publication of that layer of the so-called left that specializes in promoting illusions in the Democratic Party.

In a piece heaping praise on Feingold’s proposal, Nation editor Katrina vanden Heuvel wrote: “While Feingold believes that Bush and Cheney have committed what our Founding Fathers would have thought of as ‘high crimes and misdemeanors,’ at this time he does not believe it is in the nation’s best interest to put important issues confronting our country on the back burner to go through months of a divisive impeachment process. That is a view shared my many progressives.”

What is the root of this concern of “many progressives” that congressional Democrats carrying out their constitutional mandate to impeach a criminal president would prove too “divisive?”

Clearly, the Republican right has never exhibited any such compunction about political divisiveness. It was willing to impeach Clinton—with little opposition from the Democrats—over a lie related to his private life, rather than lies that led to an illegal war that has claimed the lives of some 1 million Iraqis and more than 3,600 American troops.

Whatever their tactical differences with the Bush White House—and such differences have grown increasingly bitter, including within the ranks of the Republicans themselves, the Democratic Party represents the same social interests as the Republicans, the top 1 percent that controls the immense bulk of society’s wealth. It likewise defends Washington’s drive for global domination, with all of its tragic and brutal implications for Iraq, the American people and the world as a whole.

The real concern of the Democratic leadership is that a thorough-going examination of the crimes of the Bush administration would implicate not only its Democratic accomplices, but every section of the political establishment, including Congress, the media and corporate America.

The Democrats and their “left” apologists also fear that such a process could prove explosively “divisive” in relation to the attitude of working people, the vast majority of the population, toward the government as a whole, potentially triggering a movement of opposition that could not be contained within the framework of the two-party system.
Posted by Alex Constantine at Tuesday, July 24, 2007