The Rumsfeld Lawsuit Dismissal: A License to Commit War Crimes? 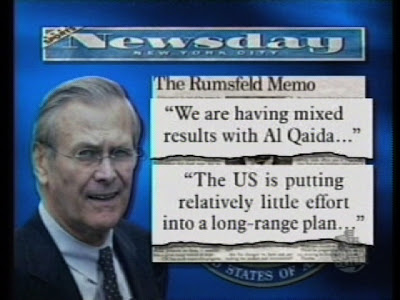 A recent article reports the dismissal of a lawsuit brought against former Defense Secretary Donald Rumsfeld on behalf of nine former prisoners who had been abused and tortured in American prisons in Iraq and Afghanistan.

The dismissal was based on a district court judge's opinion that "Rumsfeld cannot be held responsible for actions taken in connection with his government job."

The U.S. searched for and captured Saddam Hussein and issued a deck of cards for his officials for deeds committed in connection with their government jobs.

Yet, Rumsfeld, Bush, Cheney, et. al., are guilty of some the most heinous criminal acts in recorded history and they are going to walk because they are Americans? What kind of justice is that?