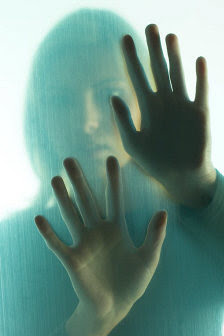 Thousands of Israelis whose parents were persecuted in the Holocaust have filed a joint lawsuit against Germany to force it to pay for psychiatric treatment for problems arising from their blighted childhoods.

Many have obsessions inherited from parents who spent years in concentration camps, including stockpiling food, fear of dogs and eating disorders, said Baruch Mazor, the Israeli lawyer whose firm filed the class action suit in Tel Aviv this week. One of the women involved lives almost entirely off bread — which her parents hoarded in the freezer — and has become so overweight that she can barely walk.

Many of the Holocaust survivors’ children have also had difficulty forming relationships and worry that their psychological blocks may be passed on to their own children.

“There is a very realistic need for this, because they are having problems raising their children,” Mr Mazor told The Times.

There are as many as 400,000 people living in Israel whose parents were victims of the Nazi regime. Mr Mazor estimated that about 2,000 need some form of counselling which, he argues, Germany should pay for. At the first meeting to register names in June, almost 1,000 people showed up.

Germany has paid billions of dollars to survivors of Hitler’s Final Solution but has so far refused to compensate their children, worried that it would be exposed for generations to come. Mr Mazor said that such fears were unfounded, as the mental problems appeared to be diminishing from generation to generation, with maybe only a couple of hundred third-generation sufferers needing help.

He estimated that the whole process would cost Berlin at least £35 million a year, for two years. The money would be paid directly to therapists providing counselling.

Esti Eliraz’s parents were both 17 when they were sent from their homes in Cracow to the nearby Nazi death camp of Auschwitz, where they met and together survived the systematic murder of millions of their fellow Jews. After four years there, they were liberated and fled to Cyprus, where they married before moving to Israel.

Mrs Eliraz never established a real relationship with her mother, who wrote a book on her experiences, while she craved the love of a distant father who refused to talk about the horrors of the past. He would often awake, screaming, from nightmares. Sometimes his nerves collapsed completely and he would beat her and her brother, then buy them presents to show his remorse and love. He never kissed or held his children, and told them to present the outside world with a mask.

Now 58, and divorced, she still dreams of her father, whose grave she visits often. “I still am angry with him, I did not forgive him,” she said. An obsessive hoarder of food, like her brother and parents, she has trouble forming deep relationships. “I always want to please everyone . . . it’s not good because people take advantage of many things in me.”

Worse, she fears that her difficulties may have been passed on to her son, an actor who has channelled his troubled past into a critically acclaimed stage show about Hitler, in which he plays the dictator himself.

Mrs Eliraz dreams of being able to afford the £70 a week — a third of her income — to consult a specialist psychologist. Once she has overcome some of her mental blocks, she would like to be able to visit the ruins of the death camp where her parents met. She said: “Maybe I will forgive my father for being so hard with me, when I see the places that he was, Auschwitz and everything.”

— In 1998 Volkswagen and Daimler Benz were among a number of companies targeted by Jewish groups, which claimed that their prosperity was in part based upon Jewish slave labour during the war

— In 2004 five Gypsies, whose parents were among the estimated 600,000 Roma people killed during the Holocaust, sued IBM. They alleged that the company had provided the punch card machines that helped the Nazis to organise their death camps

— The Internet company Yahoo! was forced to remove auctions of Nazi memorabilia from its website after a French court in 2001 ordered that they block French users from accessing the auctions, or face a fine of $13,000 (£6,500) a day

— Moshe Stern died in a Nazi death camp, 15 years after he bought a life insurance policy in Prague. In 1999 his family filed a $135 million breach of contract suit against the Italian insurance company Assicurazioni Generali
Posted by Alex Constantine at Monday, July 23, 2007