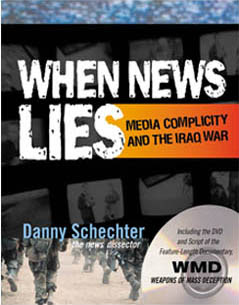 NEW YORK A major article for Friday's New York Times carried the online headline, "Bush Distorts Qaeda Links." Reporters Michael Gordon (from Iraq) and Jim Rutenberg (in Washington) lay bare the president's recent, and unproven, charges that al-Qaeda is now dominating the insurgency in Iraq, adding that "his references to Al Qaeda in Mesopotamia, and his assertions that it is the same group that attacked the United States in 2001, have greatly oversimplified the nature of the insurgency in Iraq and its relationship with the Qaeda leadership."

But just last Sunday, Clark Hoyt, the paper's new public editor, had criticized the paper for doing much the same, in increasingly pointing to al-Qaeda influence and failing to point out the distinction between the newly-formed Al Qaeda in Mesopotamia group and Osama bin Laden's operation.

Gordon had written many of those faulty (in Hoyt's view) storiies.

Here is how we covered the Hoyt column last weekend. *

... In a remarkable column today, Clark Hoyt, the newly arrived public editor at The New York Times, charges that the Times in recent weeks has too often gone along with the new drive by the White House and the military to blame insurgent attacks on al-Qaeda. The column arrives on the same day the paper calls for a U.S. pullout in Iraq. .

E&P and other news outlets last week had noted the same tendency in the Times in the reporting of Michael R. Gordon and others. A top Times editor admits to Hoyt that the paper's reporting in this regard has become "sloppy."

Hoyt, who has had a long and varied high-level newspaper reporting and editing career, most recently directed the Iraq reporting out of the Knight Ridder (now McClatchy) Washington bureau which gained plaudits for its tough and skeptical reporting on the run-up to the war and progress since.

Today, Hoyt charges that the Times "in recent weeks as the newspaper has slipped into a routine of quoting the president and the military uncritically about Al Qaeda’s role in Iraq — and sometimes citing the group itself without attribution.

"And in using the language of the administration, the newspaper has also failed at times to distinguish between Al Qaeda, the group that attacked the United States on Sept. 11, and Al Qaeda in Mesopotamia, an Iraqi group that didn’t even exist until after the American invasion.

"There is plenty of evidence that Al Qaeda in Mesopotamia is but one of the challenges facing the United States military and that overemphasizing it distorts the true picture of what is happening there. While a president running out of time and policy options may want to talk about a single enemy that Americans hate and fear in the hope of uniting the country behind him, journalists have the obligation to ask tough questions about the accuracy of his statements."

He then quotes Middle East experts he talk with who dispute the heavy focus on al-Qaeda. Then Hoyt reveals:

"Recent Times stories from Iraq have referred, with little or no attribution — and no supporting evidence — to 'militants linked with Al Qaeda,' 'Sunni extremists with links to Al Qaeda' and 'insurgents from Al Qaeda.' The Times has stated flatly, again without attribution or supporting evidence, that Al Qaeda was responsible for the bombing of the Golden Dome mosque in Samarra last year, an event that the president has said started the sectarian civil war between Sunnis and Shiites."

Hoyt went back and examined stories from the past month where he found references to Al Qaeda "creeping in with greater frequency."

Susan Chira, the foreign editor, told him she takes “great pride in the whole of our coverage” but acknowledged that the paper had used “excessive shorthand” when referring to Al Qaeda in Mesopotamia. “We’ve been sloppy,” she said. Three days ago, she circulated a memo with guidelines on how to distinguish Al Qaeda in Mesopotamia from bin Laden’s Al Qaeda. The operational connection between the two may not exist.

"It’s a good move," concludes Hoyt. "I’d have been happier still if The Times had helped its readers by doing a deeper job of reporting on the administration’s drive to make Al Qaeda the singular enemy in Iraq.

"Military experts will tell you that failing to understand your enemy is a prescription for broader failure."
http://www.editorandpublisher.com/eandp/news/article_display.jsp?vnu_content_id=1003611373
Posted by Alex Constantine at Sunday, July 22, 2007