"Soon we'll find out who is the real revolutionary, I don't want my people to be tricked by mercenaries." - Bob Marley 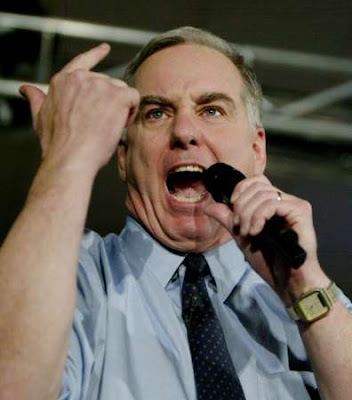 Howard Dean: A Hawk in a Dove's Cloak
By SEAN DONAHUE 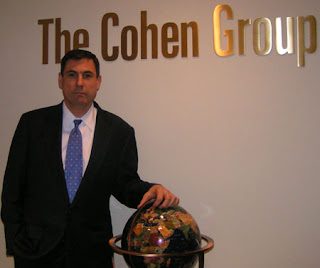 "Howard Dean wants the peace movement to believe that he is its best hope for bringing change in Washington. In television ads and presidential debates, Dean has emphasized his opposition to Bush's decision to launch a unilateral invasion of Iraq. ... Dean's earliest statements on foreign policy in the presidential campaign were written with the help of one of the architects of the war in Afghanistan, DANNY SEBRIGHT, who held the Orwellian title of Director of the Executive Secretariat for Enduring Freedom at the Pentagon under Donald Rumsfeld. ...

"When Sebright left the Pentagon in February of 2002 he went to work for his old boss, former Secretary of Defense William Cohen, at the Cohen Group, a Washingon-based consulting company. The firm uses its political connections to help companies obtain contracts with the Pentagon and with foreign governments. ..."
http://www.counterpunch.org/donahue10302003.html

From the moment the towers exploded, the press has made a *willful* mess of Cold War II.

The reporting on accused 9/11 co-conspirator Omar Sheikh, a radical Islamist from England, and the Pakistani court decision to hang him for the 2002 murder of Daniel Pearl, for example ...

"The Guardian reported in July 2002: 'Both the US government and Pearl's wife have since acknowledged that Sheikh was not responsible.'"

"But the Pakistani authorities refused to release Omar Sheikh "for fear the evidence they produce in court might acquit Sheikh and reveal too much.... Sheikh is also the man who, on the instructions of General Mahmoud Ahmed, the then head of Pakistan's Inter-Services Intelligence (ISI), WIRED $100,000 BEFORE THE 9/11 ATTACKS TO MOHAMMED ATTA ..."1

"The story was more than a prejudicial shot at Pakistan by the Indian government. Agence France Press confirmed that a "highly-placed government source" maintained that the "damning link" between "the General and the transfer of funds to Atta was part of evidence which India has officially sent to the US.

"The evidence we have supplied to the US is of a much wider range and depth than just one piece of paper linking a rogue general to some misplaced act of terrorism, the source said." The French report was quoted liberally in the Wall Street Journal, and Mahmoud was forced to step down as a result. The French report sank from view with the resignation of Mahmoud. Of course ... "

His closed conference with Mark Grossman has received little mention, while attention has been slathered on others who met with the general on or about September 11, because he lacks name recognition. The ISI director's meetings with Tenet, Armitage, killer pimp in the State Department, and other ranking administration officials have lit up ThuhNet, but Grossman's name is scarcely mentioned.

FBI whistle-blower Sibel Edmonds "whispered cryptically" to AntiWar.com reporter Christopher Deliso concerning Grossman's little-known role in the Valerie Plame affair. Grossman, she said, "has not been as high profile in the press" but "don't overlook him – he is very important."2

His importance is multilateral.

Mark Grossman is considered a key figure in the Plame investigation, but prosecutor Fitzgerald has his own hidden conflicts of interest and was NEVER likely to make substantive progress in the case against any ranking official (I've said so for years and explained why and received only blank expressions in return ... while Leopold and Madsen fought me, not deliberately, with FALSE REPORTS of "pending indictments in the Plame case" - THEY never materialized, and I had it right all along.)

A Wikipedia entry explains his appointment, and when considered in context, why the investigation has no legs: " ... Fitzgerald was named by Deputy Attorney General James B. Comey after then-Attorney General John Ashcroft recused himself from the case due to conflicts of interest. ..."

The deputy AG has been richly rewarded in fraternal blood diamonds ...

Now, the connections do get interesting ... Mark Grossman sits on the Cohen Group board of directors - and Cohen interlocks neatly with Lockheed's board. As mentioned, James M. Loy, senior counselor at the Cohen Group, directs Lockheed, and so does Joseph W. Ralston, vice chairman the Cohen Group - a Lockheed Martin sub-contractor. 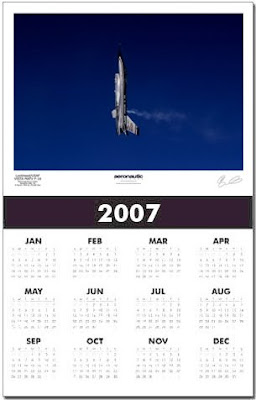 It wasn't Ashcroft who should have recused himself, but FITZGERALD, the moment James Comey went to work for Lockheed Martin, because Grossman represents the defense firm and lobbies contractually on its behalf. And Lockheed's sudden interest in Comey is a quid-pro-quo - the many interlocking scandals behind Scooter Libby - including Grossman and his meeting with the director of Pakistani ISI - were ignored under Fitzgerald's predecessor in the case, and Fitzgerald himself - and this tainted Libby's prosecution. The name Cheney was kept out of it, for instance. This much is apparent to anyone. But so were the names Grossman, Mahmoud Ahmed, Daniel Pearl, the Lockheed board of directors, Dick Armitage and his nuclear black marketeering enterprise, etc., etc. ....

Grossman entered the Plame picture when a memo written on June 10, 2003 turned up in the files, written by a staffer in the State Department's Bureau of Intelligence and Research (INR) on behalf of the undersecretary of State.

In the memo, Marc Grossman requested a briefing on INR's opposition to the administration's contention that Saddam Hussein had sent out feelers toward securing uranium from Niger. The Washington Post reported that he - in the role of acting secretary of state, "since Secretary of State Colin L. Powell and Deputy Secretary Richard L. Armitage were out of the country." - wanted the letter marked "secret" preceding "a meeting at the White House where the discussion was focused on then growing criticism of Bush's inclusion in his January State of the Union speech of the allegation that Hussein had been seeking uranium. ... Grossman has refused to answer questions about the letter."4

Michel Chossudovsky: Lt. General Ahmed as head of the ISI was a 'US approved appointee.' As head of the ISI since 1999, he was in liaison with his US counterparts in the CIA, the Defense Intelligence Agency (DIA) and the Pentagon. Also bear in mind that Pakistan's ISI remained throughout the entire post Cold War era until the present, the launch-pad for CIA covert operations in the Caucasus, Central Asia and the Balkans. ... The Bush Administration had sought the 'cooperation' of those who were directly supporting and abetting" the 9/11 plotline. Absurd, yes, "but at the same time consistent with Washington's broader STRATEGIC and ECONOMIC objectives in Central Asia."5

Step back in time, put yourself in the wing-tipped shoes of a Lockheed director: Is this all that is preoccupying Grossman as he gazes across his polished desk at Atta's generous benefactor - or a facile money trail for the press and FBI to follow - a few days before the terror strikes?

What were the objectives? Were they the dictates of the State Department ... OR THE COHEN/LOCKHEED GROUP? They've been directing the Scooter Libby song-and-dance cover story all along.

This was the backdrop of the Plame case - and a commutaion was waiting at the end of trial. When it was granted, the opportunity to expose the MANY scandals intersecting in Grossman's office - with Cohen and Lockheed and all cabbaged safely away in the filing cabinets - was buried, a smoking (subautomatic carbine with a complex of barrels) gun.

The prosecution's skin-deep investigation and Bush's commutation covered up a litany of federal offenses and war crimes.

"Access, Insight and Intelligence" is the motto of the Cohen Group.

"Access," "insight": "In December 2000, shortly before Cohen left office, the Pentagon awarded Iridium Satellite LLC a $72 million contract, without competitive bidding, that helped save the company's communications satellites from destruction. David R. Oliver Jr. [current director of business development and technology for Naval Systems, Northrop Grumann Electronic Sensors and Systems Division], who was a senior procurement official at the time, said that he and Cohen were the Pentagon's principal advocates for the Iridium deal. Over the past two years, Iridium has paid the Cohen Group about $400,000 to lobby the House, Senate and Department of Defense, according to lobbying disclosure statements."6

"Intelligence" for profit - conflict-of-Interests run rampant: "At the hub of the Cohen network, the former secretary makes frequent appearances on CNN, where he is a commentator on world affairs. He has served as a director of several corporations, some of which made arrangements to pay the Cohen Group for bringing in business, according to documents filed with the SEC.7

Is this a business meeting or war strategizing?: "Nowadays, most of Cohen's mornings begin with an 8:30 staff meeting in the "Pentagon." That's the Cohen Group's name for the conference room where the daily meeting is held. On any given day, the gathering may include Joseph W. Ralston, a retired Air Force general and former vice chairman of the Joint Chiefs of Staff; James M. Loy, who finished a long public career as deputy secretary of homeland security; and Marc Grossman, a former undersecretary of state. Another prominent member of the firm, former NATO secretary general and British minister of defense George Robertson, is based overseas.

"They form an elaborate network."8

Postscript: "WASHINGTON -- A top Clinton administration official, former Defense Secretary William Cohen, sits on the board of GLOBAL CROSSING.
This is the telecom giant that went belly up Jan. 28 in the fourth largest bankruptcy in U.S. history, leaving a trail of inflated revenues, top executives enriching themselves, employees and shareholders holding the bag, and Arthur Andersen acting as both consultant and auditor."9 GHW Bush addressed the directors of Global Crossing start-up, and as payment he received stock worth $13 million when the company went public. GLOBAL CROSSING employees contributed another million for GW's campaign.10 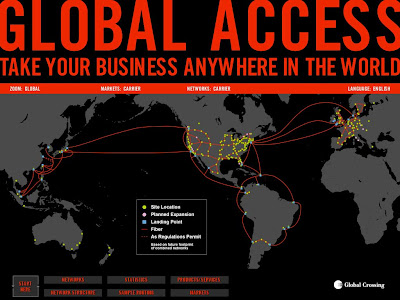 5) Michel Chossudovsky, "Cover-up or Complicity of the Bush Administration?" Centre for Research on Globalisation, November 2, 2001.
http://www.globalresearch.ca/articles/CHO111A.html